This is the Page for the Debugging Simulator 2017 Community. All News and Updates will be posted here to informing you about the changes. The best experience to play this game, you will get when you play it on a PC. It may can happen, that the game crashes on mobile. You can also post here Feedback to the Debugging Simulator 2017 and/or can help with the English Translation for the Game. |The Game (German) on Sololearn https://code.sololearn.com/W9Jp8Fhwk64e/#html |The Game (English) on Sololearn https://code.sololearn.com/Wa3Sqn1PZu80/#html |The full Game (German) on the Web http://debuggingsimulator.kevinfro.myhostpoint.ch/ If you have any suggestions or ideas for the game, feel free to post it here. |Update-News 04th January 2017: -The German Version have now more content -There is now a English-Version in work -The English Version have now all Debugging, Expedition and Atlantis storylines -Iframe with this Community Page to leave comments, suggestions and ideas about the game while playing -The Messages on the top are now also translated to English |Version 0.0.1256.3h| |Update News 5th January 2017: -English Version have an Information-Button -English Translation of the videogame-storylines(at "stay home") "Fallout", "Skyrim", "Doom" and both "Debugging-Simulator" (with Debugging-Simulator 2093[from an other storyline] and the default storyline) -Inside the "Debugging-Simulator 2093" storyline there is a full translated Version of the first Debugging-Quest Game |Version 0.0.1579.2t|

22 Answers
+ 10
"Perhaps no one died from the results of the Debugging Simulator." -Debugging Simulator 2016 And still no one died because of this game. So Try out the game, you probably don't die because of it. Fronz-Tec is not responsible for injuries, traumacy, coma, psychosis, suicide, death, lost of the soul, radiation, mutation, melting of the face, eye-bleeding, and other coincidences.
Fronz-Tec

+ 10
Warnings about the Debugging Simulator you should know, before you play it: 1. It may happen, that blood flow from your eyes, after you start the game. Calm down, your eyes want just prove, that they want to see more from the game. 2. It is unlikely that your computer is infected with a virus. Otherwise, it is not Debugging-Simulator. 3. Perhaps no one died from the results of the Debugging Simulator. 4. If you start the game, it may happen, that the FBI is chasing you. We don't know why. 5. In the very rare event you begin to burn your home, let's not take any responsibility. This is a coincidence. 6. Movement at your own risk. 7. After playing the game, a psychosis began, it's purely coincidental. 8. If the whole family dying within 3 days, this is mostly just an coincidence and not related to Debugging-Simulator. 9. In case you suffer from nightmares , we suggest you to play Debugging-Simulator, instead of sleeping. 10. In rare cases due to computer radiation mutation, so see a doctor. 11. We believe calmly to your life. 12. If your face melt down, it's just a coincidence 13. No worries. Debugging Simulator will not bring you to hell, or else it's a coincidence 14. Don't try the things in the game in real life. 15. Note that Debugging Simulator does not always cursed devil / lost souls. 16. Fronz-Tec is not responsible for physical or mental injury, death, paranoia, suicide or similar cause "accidents" 17. We would be very happy if you could send us what you've been through "coincidence", after you have started Debugging Simulator, so we know for what you can not blame us.
Fronz-Tec

+ 9
+++News 5th January 2017++++ Today it should come the Version 0.0.1579.2t from the Debugging Simulator 2017. The new changes are: -More translated storylines for the English Version on the adventure "stay at Home" (the translated storylines are some storylines of "playing Videogames".) -An Information Button is included in the English Version, because the German Version have already an information page on the website.
Fronz-Tec

+ 9
Looking back on ancient SL memes and sighing because new users won't know who Fronz-Tec is.
Hatsy Rei

+ 8
It would be nice, if the Debugging Simulator will be translated to English. If it's in English, more people would play this and have fun with this
Revenge of the Bugs 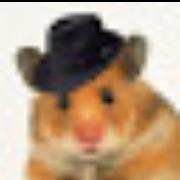 + 8
@Revenge of the Bugs This idea is great. I will see what can I do to realize your idea to an storyline.
Fronz-Tec

+ 7
Good Code! I'm excited for the finished game
Revenge of the Bugs

+ 7
I checked it out and it was awesome, sadly I can't help you much out in the translation as I only know little bit of german.
Wen Qin 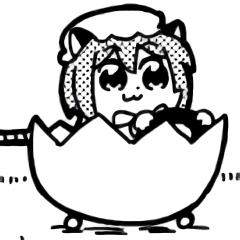 + 7
A Sololearn-storyline, in which the player can make (fake) codes or post comments would be funny in the game :) If more people would be interested in this project and posting new ideas for storylines, the Debugging Simulator would be a great game. Hopefully it will become new updates in the future👍
Revenge of the Bugs 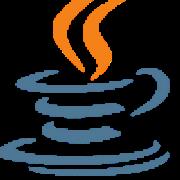 + 7
When is the next Update coming out?
Elite Code Productions

+ 7
@Fronz-Tec Funny comment about that no one died from the results of the Debugging Simulator. I hope this was meant really as a joke. I don't want to be the first one, who died because of the game. 😟 A question: What have the Debugging Simulator to do with debugging? BTW I really like your game 😃
Revenge of the Bugs

+ 7
@That Fronz I forgive you. Thank you for the public excuse :) If you want, you can make some new updates for the Debugging Simulator 2017, until I finished with the big Update, but please destroy nothing of the code
Fronz-Tec

+ 6
i don't understand how to play it. because i don't know that language.
HARISH BATTULA 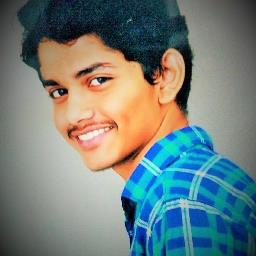 + 6
Nice! An English Translation is in work. It would be nice, if more people know about this project
Revenge of the Bugs

+ 6
Will there be new adventure storylines? It would be nice, if the game would have more storylines.
Elite Code Productions 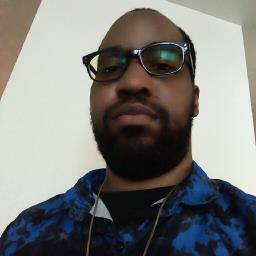 Hot today
I have a doubt that when we upload JavaScript code in the js editor then why js is not working in sololearn.
1 Votes
I have made a calculator in which my % (Percentage) not work correctly for 100%50 or 100%20.
3 Votes
❓❓❓How to round integer numbers so that the last digit is 0 (or 5)?
0 Votes
Password validator code coach java
1 Votes
Any code i open it's incomplete, any solution?
1 Votes
Do people memorize the whole code?
1 Votes
Python palindrome challenge.
1 Votes
what course should i do to have a complete knowledge about python?
1 Votes
Java
0 Votes
Number of Ones ( C++ ) question!
1 Votes