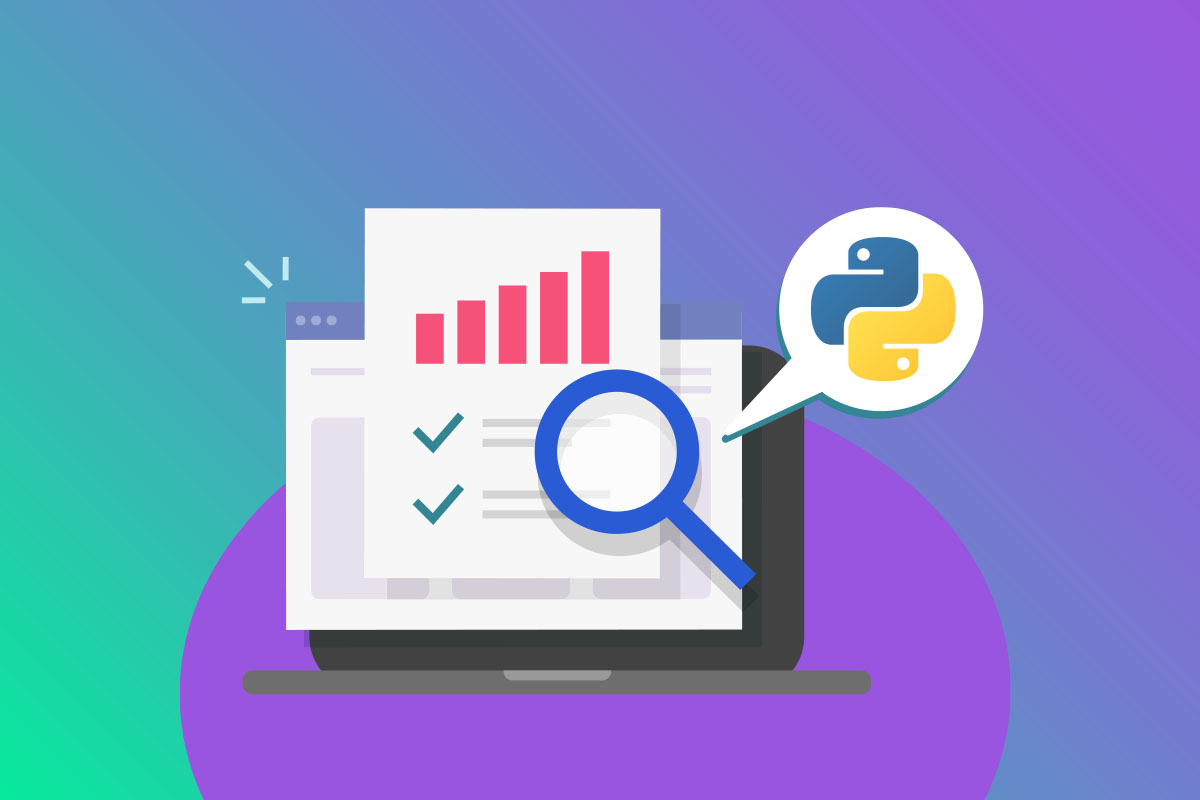 Use of Python in Data Analysis

One of the biggest trends in modern business and research practices has been the incorporation of new and innovative methods of data analysis. Useful for both analytical purposes and predictive modeling, data analysis is an essential tool for companies to remain competitive in their respective verticals and make better and more informed business decisions for future product development.

But data analysis is a broad field, and a lot of different tools are available to business owners and data managers to choose from. So why are so many choosing Python for data analysis these days?

According to Sanil Music, CTO of ChangeTower (a website monitoring company), his company turns to Python for data analysis purposes for a variety of reasons. “Python is verbose, terse. I’d put it somewhere in between scripting languages and object-oriented languages. That makes it a fertile ground for quickly writing scripts to prototype data analysis and data mining scripts. And it has a rich open-source community, including the likes of Anaconda, a very popular tool for data science.”

Music draws attention to some of the most popular benefits of Python for programmers in general -- the versatility of the language, ease of use, and the ability to efficiently code for and handle automated tasks and functions. But data analysis requires even more specific benefits from a language to truly make it an effective tool. This article takes a deeper dive into why Python is a language growing in popularity among data analysts every day.

In simple terms, Python’s popularity and consistent use among international programmers since the creation of the language in the early 1990s has been about two things -- simplicity and efficiency. Designed originally in response to overly complex and technical languages with steep learning curves, Python’s original creator Guido Van Rossum specifically crafted the language to closely mirror “coding in plain English”, a welcome change from the complicated syntax of other languages at the time.

In the years since, Python has continued to adapt (partially as a result of its massive coding community working on improving it) while maintaining the same principles of ease-of-use. However, the language has expanded far beyond being a framework for web applications, and the various libraries and modules now easily accessible from Python user communities offer entirely new potential for fields like data science and analysis.

So why use Python for data analysis?

First, let’s consider the main needs of data analysts when choosing a tool for their purposes:

In addition to these general needs, anyone involved in collecting and manipulating data knows that accuracy and reliability is even more important here than other fields. Put another way, the data is only as good as the tools used to collect and process it. 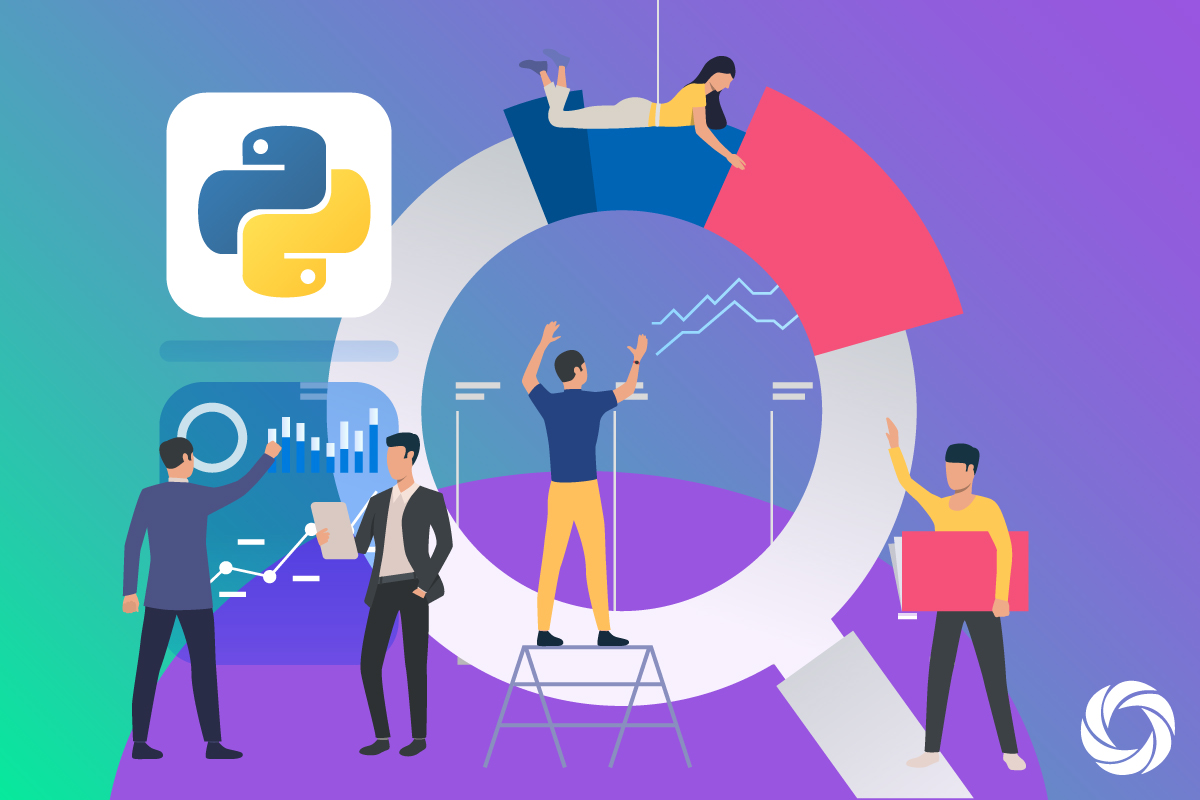 So why is Python a good choice for handling these needs?

Libraries that build off popular and existing data analysis tools

A language is only as good as the libraries and frameworks that help maximize its potential, and Python is certainly no different. In recent years, a growing array of libraries have reached maturity, allowing R and Stata users to take advantage of the logic, flexibility, and tested performance of Python without sacrificing the functionality and efficacy these older programs have developed over the years. Instead of replacing a good thing, Python offers a new and improved model.

Even collecting data in more traditional ways (such as during a live research experiment) involves tedious and repetitive processes. From asking the same questions over and over, to moving through “decision trees” based on responses and data input, data science has always involved routines that could seemingly be automated to free up resources for additional projects or data work.

Python is uniquely able to step in and solve these issues. The language was created specifically to allow for automation of tedious and repetitive functions, which means processes can be coded once and then replicated as needed - exactly the kind of tool that has always been in demand for traditional data collection. This automation also allows data analysts to focus their time on processing data and modeling, as opposed to collecting it -- meaning your company or team works more effectively and efficiently on any project.

Specific Abilities for the Specific Needs of Data Analysis

Beyond theoretical uses, Python offers some clear and practical abilities for data science. Some of the most useful elements of the language include:

The ability for Python to handle all data collection processes, from harvesting the data itself all the way to creating summaries and visualizations for analysis, is what makes it stand out from competing languages. While others certainly offer processes that effectively tackle some of these bullet points, few languages can compete with Python for overall usefulness and broad application to data science.

For both new and experienced programmers, taking an online coding class is a great method for learning the basics of a language or adding specific skills to your existing knowledge base. While many programmers know how to build web applications with Python, expanding that knowledge into data analysis not only allows you to build more robust applications -- it also makes you a more appealing hire for companies looking for versatile Python developers who can perform in multiple roles when added to a team.

Once you have taken a course and learned the basics of using Python for data analysis, the next step would be to design and create a few test projects of your own. Fortunately, quality online coding courses offer these hands-on experiences, along with the ability to measure your progress and compete against fellow Python learners. Learn more about how SoloLearn’s courses can get you on your way to becoming a Python data analyst.