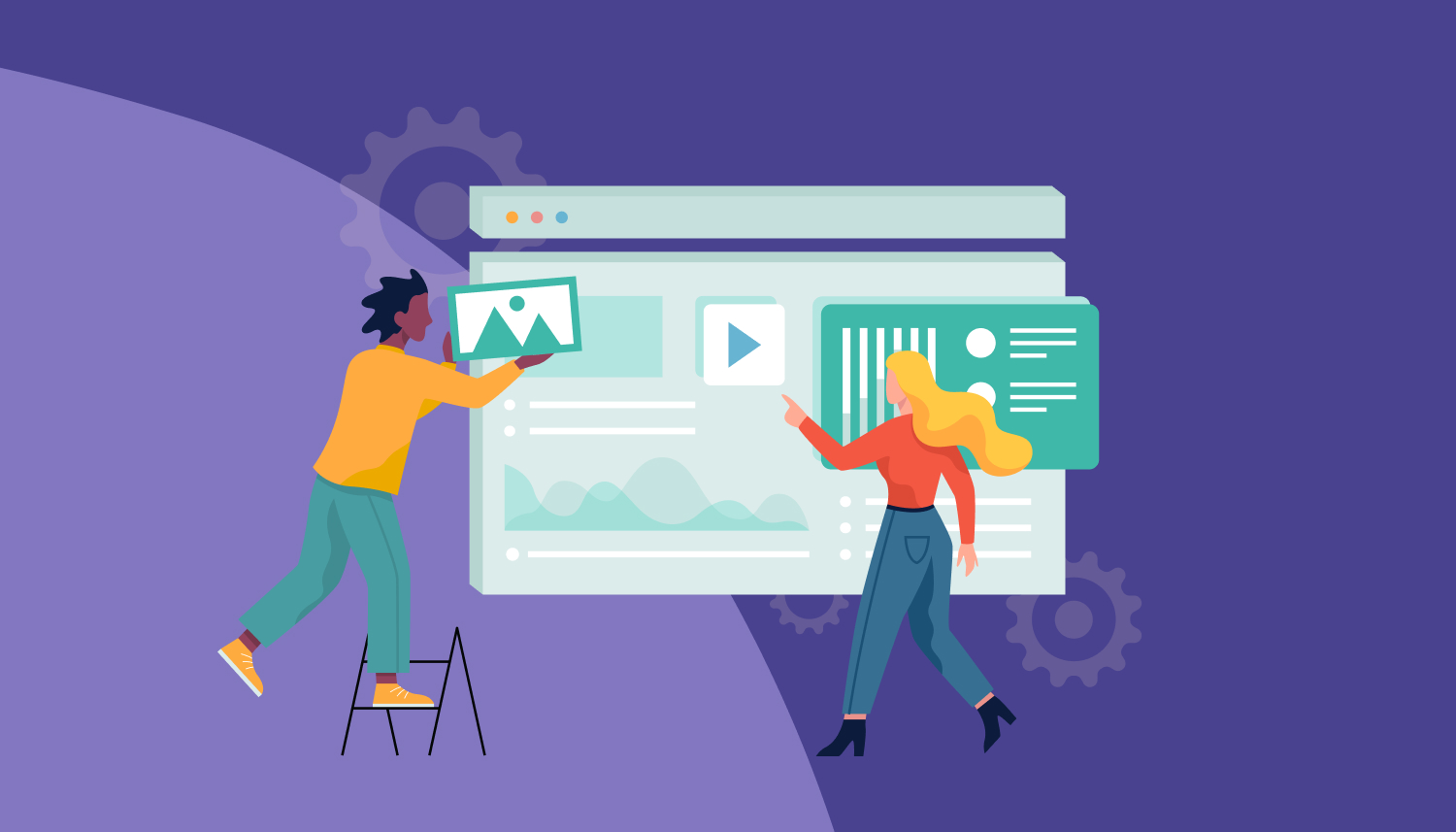 The Difference Between Front-end And Back-end Programming

Most people without a programming background understand websites and applications largely from a “curated” perspective. Consumers and site visitors see what companies want them to see, from the size and color of buttons to the images that scroll by in banner advertisements, down to the actual content on the landing pages and applications themselves. While this view is the essential focus for both customers (who look for trustworthy, professional, and functional sites and applications) and business owners (who are trying to match their customer’s demands before they even emerge), this is a very limited view on how websites and applications are developed.

Much like the work that goes on backstage during a performance, the nitty gritty of how websites and applications operate is done behind the scenes, and is not nearly as eye-catching or even understandable for average technology users. This is the difference between front-end and back-end programming - creating the experience that faces every user and visitor to a website or app, or standing behind the curtain and pulling the levers that make the user experience work correctly.

For anyone new to programming and considering taking online coding classes to begin their career, knowing the basics of each is a prerequisite to choosing which languages to study or what programming work you want to specialize in. Let’s take a deeper dive into the difference between front-end and back-end programming, as well as how you can build up your own knowledge base and figure out which languages you should learn.

To understand front-end and back-end programming, you must first understand site rendering

For much of the early history of the Internet, server-side (or back-end) web development was the standard operating procedure to create websites and web applications. As a consumer or site visitor, when you would visit a page or interact with the page, requests for content would be sent to the server powering the website. The server would then process this request and create a response that is sent back to your browser, delivered to you in the form of the command you entered or information you requested (even as simple as navigating to a new tab on the site).

When a site renders server-side, all processes required for creating an HTML page that your web browser can process are handled on a remote server hosting the website or web application. From sending requests or queries to databases to processing logic required by the web browser. As this process is completed, the web browser itself is idled - once the return data from the server is received, your web browser interprets it and provides the content on your screen.

After years of this approach, which performed the basic functions of web browsing but often led to delays (the dreaded hourglass or swirling circle indicating a delay), client-side (front-end) rendering emerged as an alternative. In this case, the rendering of the content happens in your computer using the premiere (and essentially universal) language of the web, JavaScript.

Put another way, client-side rendering also means that a server is only required to integrate with the raw web application. Meanwhile, the browser will be in charge of rendering the application into HTML and thus delivering information to a visitor or user. It also means that the logic involved in creating the web page, (for example, logic in charge of handling how things are presented directly on the user’s screen, or presentation logic) are handled on the client-side.

With the emergence of JavaScript libraries like Angular and React (basically, toolkits for JavaScript developers to make programming easier and offer additional potential for the language), client-side rendering became much more popular. More recently, a newer form of rendering known as isomorphic rendering has also emerged.

What kinds of programming jobs are for front-end development?

Because front-end development requires everything from graphics and visuals to the coding that actually transmits database requests from the user’s screen to a server, there are a variety of different programming specialties that revolve around front-end development. They include:

User Experience Designer (UX Designer) - user experience designers are focused specifically on how site visitors or app users will interact with and request data from a particular site or program. Their job is to accurately predict and measure user behaviors (which button will users click on, where will their attention go when the site first loads, etc.) in order to optimize the front-end experience to meet customer needs. UX designers often employ predictive analytics technologies, including measuring site engagement and even watching users explore the site in real-time, in order to adjust the site or help guide bigger development conversations. Think of UX designers as your quality control or assurance team in web development.

User Interface Designer (UI Designer) - While the name sounds similar, user interface designers are focused specifically on what a site or app looks like to users and the graphics and visuals that will actually greet users and visitors. While many UI designers often learn a bit of HTML and CSS for minor programming needs, they are often not involved in the actual building and writing of code.

Front-end Web Developer - Front-end web developers specialize in building what are known as static sites, or sites that don’t require interaction with databases on the back-end. Front-end developers often work for clients like local businesses that are largely offering information about products and services, with only simple contact forms and few other dynamic features. They are usually versed in HTML, CSS, and JavaScript. 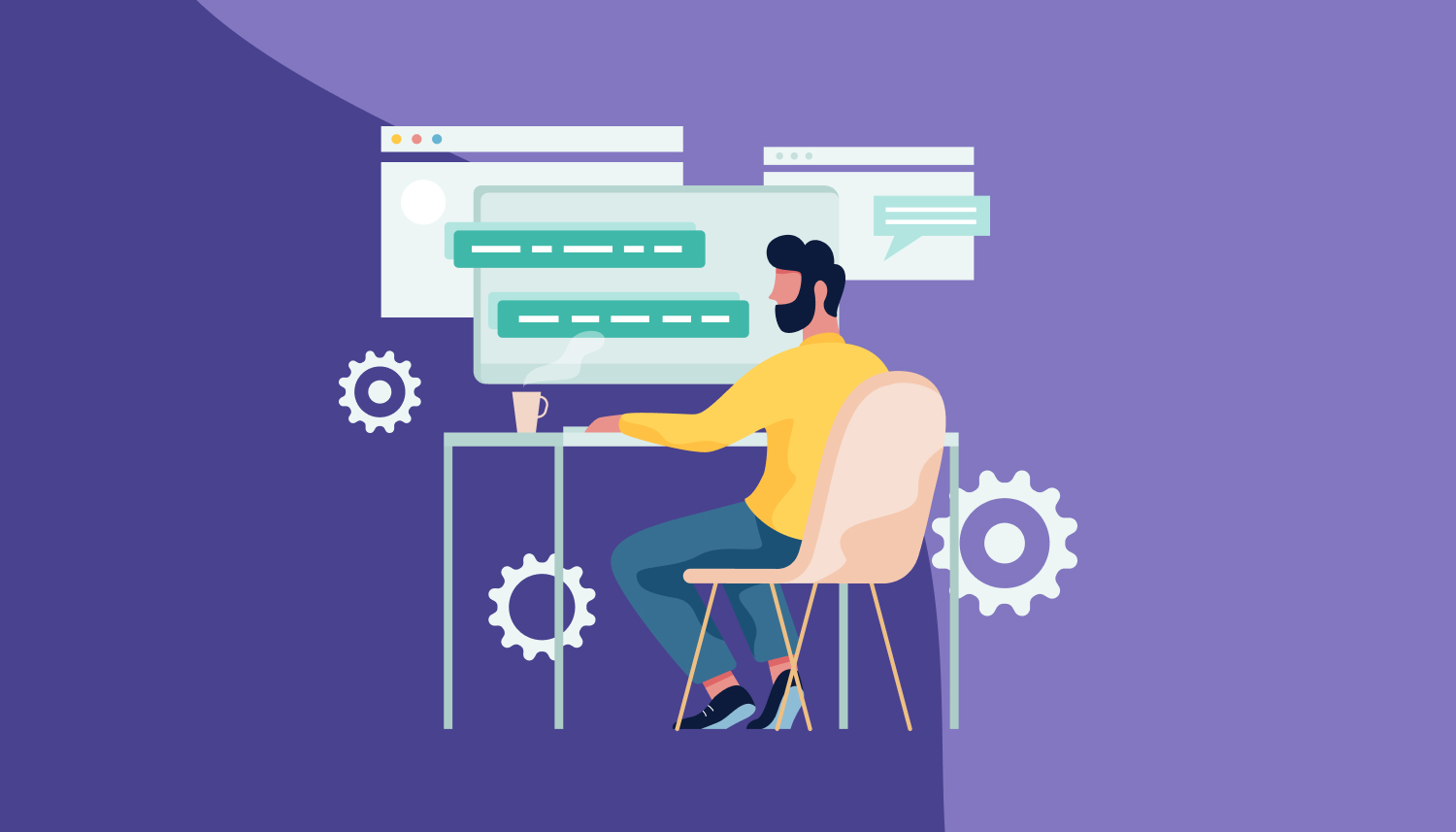 What kinds of programming jobs are for back-end development?

Back-end development is often thought of as the “more complicated” of the two types of site rendering, largely because of the wide variety of information needs of dynamic and robust web applications that require significant interaction with databases. Beyond simply connecting the pieces needed to respond to front-end data requests, back-end web developers often perform other services like processing business logic and accessing other resources like file servers and cloud services.

Back-end developers also work with software “stacks”, packages of web development tools that include operating systems, web servers, frameworks, languages, programming APIs and more. The different tools in these stacks are used to render server-side sites and web applications, as well as to create other services for applications to operate off or with. Some of the most widely known software stacks include .NET, MEAN and LAMP, but there are many more. Additionally, each major stack operates in conjunction with a programming language of choice, including C#, JavaScript, Java, Go, Python or PHP.

A third choice: Do both as a full-stack developer

While full-stack development seems at first glance to be the ideal career choice for every programmer, don’t rush to it just yet - many successful and creatively fulfilled programmers are just as happy to settle into a niche on one side or the other. Full-stack development offers more creative freedom and opportunity, but also requires a significantly higher learning curve and more practice to truly master both sides well.

So how do I begin my career as either a front-end or back-end programmer?

While the difference between front-end and back-end programming is largely based on which functions and needs you want to deliver, beginning your career toward either side starts in the same place. Here are some steps to take to get started:

Enroll in an online coding course - sites like SoloLearn offer a wide variety of tutorials and courses in all of the most popular programming languages for either client-side or server-side development. For front-end developers, starting with HTML or CSS is a great option. For back-end developers, Python has become one of the most popular choices among companies and programmers worldwide.

Once you’ve learned the basics, play around with code - The best online coding class sites feature code playgrounds, where you can start to experiment with live code and build simple applications to help apply the knowledge you are learning in your courses.

Find a position as an intern or, when you’ve gotten further in your studies, as a junior developer working beneath an experienced senior - While coding classes can teach you all the basics you need to know a language, actually building applications to meet client specifications and shifting user demands is another story. After completing your basic studies, finding an entry-level position that offers mentorship and the chance to work on low-stakes projects to continue to build your skills is a great option to gain valuable experience and progress toward a career as an intermediate or senior developer.

Connect with coding communities once you’ve chosen a language - All of the major programming languages have thriving developer communities who share best practices and help each other solve coding problems as they arise. Once you’ve settled into a specific language, a quick Google search or a visit to sites like Github and Stack Overflow can help you find plenty of resources to continue your growth.