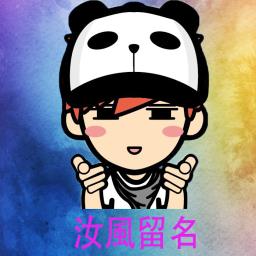 42 Answers
+ 7
arr is the pointer to the first element, so it shows that address. Like with regular pointers you can write *arr, then you get the first element. To get a later element, you would have to add the size of one element (this case an int) to the adress. So you'd have to step forward the length of an int in memory. Since the pointer knows its type size, you can write *(a+1) to do that and get the next element. And basically a[1] is just another way of writing that.
HonFu

+ 4
汝風留名 An array name contains the base address of the array. Now where does an index starts from? It is 0. So if you have a[0] a[1] a[2] and so on where do you think your array starts from? It starts from a[0] isn't it? So that is why the array name stores the address of the first element. Now consider this example that you are standing in a line and you are the first one in the line. Now let us say all of you have a chest number and you have the number 0 and the person behind you has number 1 and so on. Now tell me if someone calls you by your name wouldn't you respond? Now if someone calls you by your chest number wouldn't you respond? And you are still in the 1st position with 2 references.
Avinesh

+ 4
JoeyCentral, so since OP is a 'noob' we just answer a different question than the one they actually asked?
HonFu

+ 3
Sorry XD I still don't get it. #include <iostream> #include <ios> int main() { int a = 5; int* p = &a; std::cout << &p << " " << &a << std::endl; } From the normal case above, the output shows that normal pointer has a different address from the variable "a". It reflects that a pointer and the variable it points to should occupy different addresses in the memory. However, arr, as the pointer to the first element, takes the same memory address as the first element it points to. Why?
汝風留名

+ 3
Em.....I am sorry but I still don't think that my question is solved. Takes int*p = arr; int arr={5,1}; as an example. p(a pointer) arr[0] the thing it stores [first element address: 601] [5] its memory 501 601 address(just make some fake address) However, arr(the pointer) [first element address: 601] 601 Normally, a pointer should have a different address from the array. However, the arr, as the pointer to the first element, has the same address as the first element. So I feel confused. And thus my very first question mentioned that I wonder whether it is because the memory box of arr[0] is split into two parts: one part for arr[0], and one part for the pointer arr, so that they have the same address in memory.
汝風留名

+ 3
HonFu xD I am just a beginner, and a self-learner. So I probably wont know more than you. But I will try my best to figure out what ~swim~ has mentioned.
汝風留名

+ 3
@HonFu @Avinesh I still cannot figure out what it means. So I asked it on StackOverflow. The reply is as follow: I would suggest that pointers are not a beginner topic in C++, they are mostly just a carry over from C. If you can, you should avoid them and use the STL Containers. In your code sample, the type of arr is int[2]. You should think of that in memory as looking something like this: arr --+ | v +---+---+ | 5 | 1 | +---+---+ The value contained in arr is the location of the first element (the 5). arr is essentially a pointer to that 5. The only difference being that the type (int[2]) has also remembered how many elements there are. The assignment statement p = arr works because p's type is int* which int[] can decay to.
汝風留名

+ 3
JoeyCentral, you are being condescending and ignorant right now. It can be perfectly fine to recommend a beginner to wait with a topic, until it can be more easily understood. But that's not what you did. You gave a wrong answer that had no relation to the post, and now you're trying to gloss over it, by saying, a noob doesn't need to know it. Giving a different answer than the one which OP asked makes no sense in any universum and doesn't help. In the worst case it leads to more confusion. Take some time and read the thread - two people, me included, understood the question wrong at first. And that's no problem, it can happen - I also found it a bit confusedly written. But if you had read the thread before you attempted an answer, you would have figured out what this is actually about.
HonFu

+ 2
汝風留名 kindly go through this code and tell me what you don't understand. https://code.sololearn.com/csZO5oUQ25QY/?ref=app
Avinesh

+ 2
HonFu Yes,that surprise is what makes me confused xD
汝風留名

+ 2
~ swim ~ HonFu I'm a beginner myself and I have not jumped deep into C++. I have just learnt enough to feel comfortable with it. I'm learning java now so only through QA I'm in touch with C and C++. You guys have been a great support indirectly in helping me learn some more concepts in programming. So keep rocking. People like me are benefitted for sure.
Avinesh

+ 1
arr, if you're not indexing, gives the address - because arr is a pointer. int *p = arr; // same as &a in your example p is another pointer to the first element. So now you have two pointers pointing to exactly the same spot in memory - so the same address has to be stored in them.
HonFu

+ 1
Sorry, I'm being slow about this one. I wonder what 汝風留名 thinks. Is the issue that arr is not really a pointer, although you can do about anything with it like it was one?
HonFu

+ 1
I think that ~ swim ~ has explained it quite well. For some reason we people are confusing ourselves to understand this little concept of pointers.
Avinesh