What's wrong with my timeline?

Why my timeline is stopped before it should be? When I scrolled my timeline down, it was stopped at 3 years ago. For sure, I had enrolled SoloLearn far before it. Also, my previous challenge data (before 2020) couldn't be seen. Please, kindly see the screenshot that I've attached in this link: https://www.sololearn.com/post/441498/?ref=app I've checked several oldest members who were entering SoloLearn before 2016. I can see their joined date or their very first comments, courses, certificates, challenges, and badges. 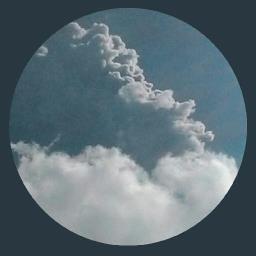 11 Answers
+ 38
Good question Aji ꦄꦗꦶ 👍. I remembered one thing. Last year Sololearn crashed badly. The whole network was down for a day. Luckily for everyone the network was recovered and users didn't lose their data. Even daily streaks were intact. I didn't notice much myself and alas I don't have before and after screenshots. That server failure was most likely a result of a hacker attack. I can't be 100% sure, but I suppose your broken time line might have been a result of that. I guess you've noticed it recently.
🇺🇦 Vitya 🇺🇦 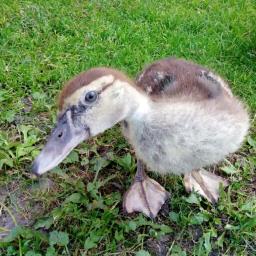 + 59
Hi Vitya thanks for your compliment :)))) Oh I see, some moderator, ie. Janning⭐, had informed me about the server failure but didn't say when it was occurred. I had also been told that some SL members used Discord as an alternative to get in touch each other during that time.... If this crash happened around 2019, I was not active in SL as I had to finish many assignments in outside of SL. So, I really didn't realize that issue... I also still DOUBT that my "Just Getting Started" badge was in 2019. As far as I remembered, I didn't do any challenge or activity at that year....... [ My body was so tired to open any application at that time!!! I should already take the Python course at 2019 if I were available. But, that was not what happened. I took Python at 2020 after I finished all assignments ] Furthermore, why only my timeline has been damaged? *Or was my memory being alternated to another dimension like you said, Vitya? :D
Aji ꦄꦗꦶ

+ 58
Vitya I think your theory is correct ✅ I have checked Scott White's timeline. He is an old member (but not as old[est] as I am). His timeline is messed up a bit and stopped at 3 years ago. Please, kindly check this link https://www.sololearn.com/Profile/878862/?ref=app There is nothing much data left in his timeline. *I am so sorry Scott White I bring your account here :)
Aji ꦄꦗꦶ

+ 58
"The others probably didn't get as much attention including you, alas 😥." Vitya don't worry my "duck", knowledge is more important than daily streaks or XPs! :D In the history, we have seen that many deeper learners were sacrificed for the public interest ヾ(＾-＾)ノ
Aji ꦄꦗꦶ

+ 57
"Thank you, Aji ꦄꦗꦶ ☺, for the compliment and marking my answer as best 🙌!" You're welcome Vitya :))))) as you have a good conspiratorial theory :D 👍 But, if there is a better answer, may I retake the "best" mark from yours? LOL
Aji ꦄꦗꦶ

+ 35
Hello, Aji ꦄꦗꦶ ☺! I'm fine and doing just great, but alas I don't have much time. But no worries I still keep my eyes on SL. I'm glad you've figured things out 💪👍!
🇺🇦 Vitya 🇺🇦

+ 30
Thank you, Aji ꦄꦗꦶ ☺, for the compliment and marking my answer as best 🙌!
🇺🇦 Vitya 🇺🇦

+ 26
Well, that actually confirms my theory, Aji ꦄꦗꦶ 🙏. You see, SL team did their best to recover the most active and contributive users' data 👏👏👏. Despite the number of active users, great job was done there 👍! However there's even a greater number of seldom attenders and the total number of people here is enormous. In fact, many of my "old time" followers don't seem to be active at all, but sometimes they send me messages. Go figure that out ☺! So I suppose it happened as follows 👇. SL devs decided to prioritize recovering accounts based on their activity. Considering tight time limits and huge amount of data, SL team put their effort in dealing with the most active users and keeping their daily streaks. The others probably didn't get as much attention including you, alas 😥. We also don't know how much data was lost. Your time line may be messed up, but the good news is you didn't lose you account or progress 🙌.
🇺🇦 Vitya 🇺🇦

+ 7
[email protected]
Kevin ★
Hot today
How do I generate a list with <N> unique elements randomly selected from another (already existing) list?
3 Votes
Paint Costs
3 Votes
Creating Calendar With Alphabets or Letters That Carry-over
0 Votes
I'm a beginner i want to learn how to upload a virus on someone's pc.
1 Votes
Given three integer matrices A(m*n),B(m*n) and C(m*n) . Print the one with more zero elements. beside code
0 Votes
I'm coding this for hours & can't make the value of the 5 random numbers round off to 2 decimal places like in the examples
0 Votes
Overloading + operator
0 Votes
Guys I'm beginner can anyone help me to add photo in my docui
1 Votes
What would be some improvements you would make to this password generator?
1 Votes
I still fail test case 4 & 5 in mathematics code challenge.is there anything I miss?
0 Votes