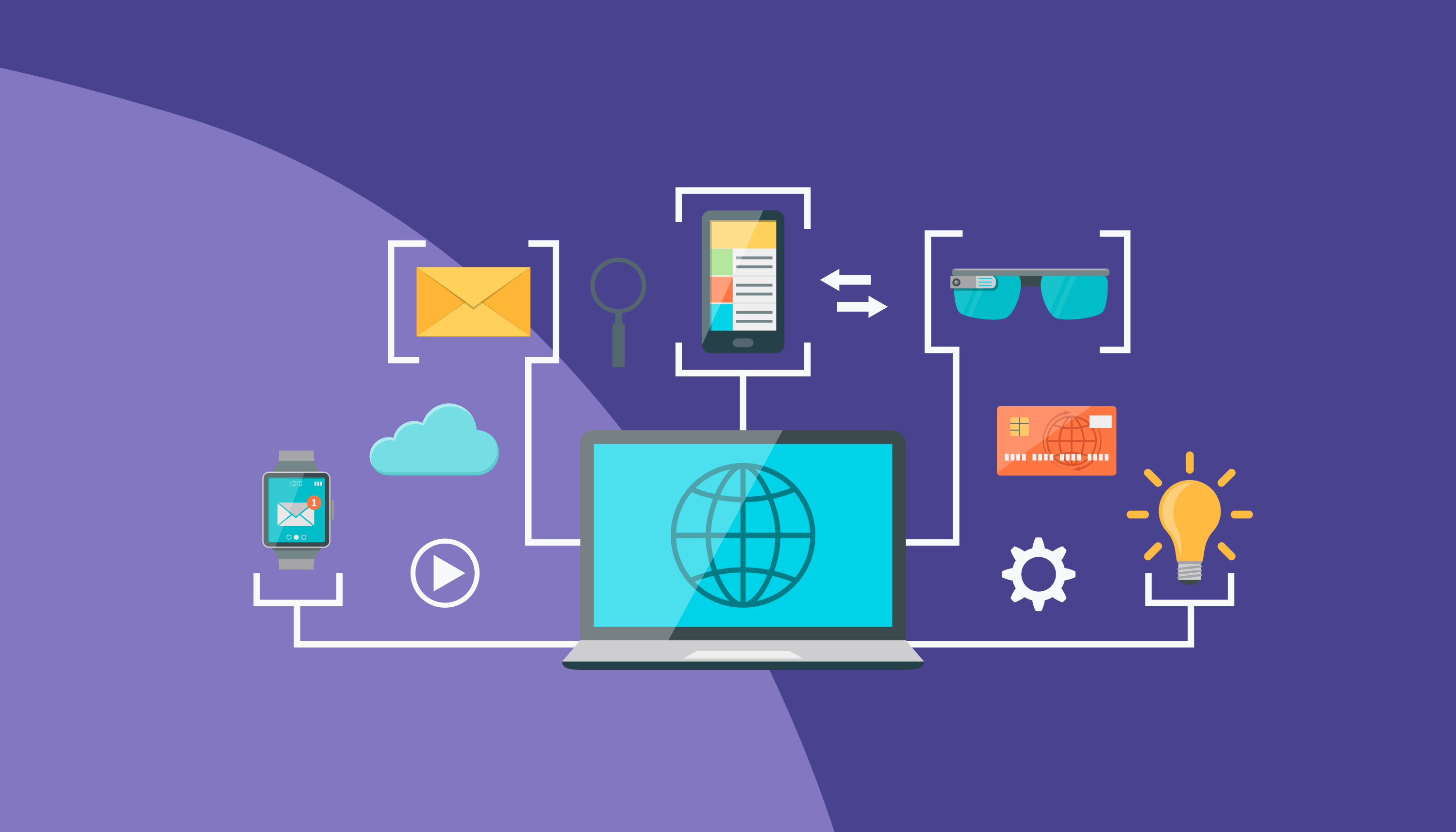 What Is The Internet Of Things

Microwaves that know how long to heat your leftovers after the press of a button. Tractors and harvesters plowing fields miles away from the nearest town, all without human operators. Blood pressure monitors that immediately upload your information to the cloud, so a doctor hundreds of miles away can give you a consultation.

Once upon a time, these ideas were the kinds of things that made up the settings and backgrounds of science fiction novels and movies. The idea of autonomous, digitally controlled versions of products and technologies that have been in use for decades was a fantasy -- a vision that innovators and disruptors focused on when raising money for their startups.

Today though, these examples are just a few of the many devices and technologies that make up the Internet of Things (often abbreviated as IoT). But beyond that example, what is the Internet of Things? What is driving the massive growth and innovation in this cutting-edge field, which incorporates everything from programming to data science to artificial intelligence?

Let’s walk through the essential elements of the Internet of Things, and some of the exciting trends in the field you can expect over the coming years.

What Is The Internet of Things? Here Are The Basics

In the broadest sense, the term Internet of Things or IoT includes everything connected to the internet. However, the modern usage is increasingly describing objects that "talk" to each other and can communicate digitally or via data sharing and cloud services. The Internet of Things allows devices on closed private internet connections to communicate with others, and then further connect through broader networks.

This goes beyond simply connecting devices on a single, localized network (gamers will recognize the similarities to the old LAN days of the 1990s and 2000s). Innovations within the IoT space have now allowed for connecting systems and letting machines “talk” over distances never before thought possible.

How Does The Internet of Things Work?

An IoT system consists of sensors/devices which “talk” to the cloud through some kind of connectivity. Once the data arrives in the cloud, it is processed through software, which then might decide to perform an action, such as sending an alert or automatically adjusting sensors/devices without the need for the user, for example.

However, if the user input is needed or if the user simply wants to check in on the system, a user interface is provided to let them do so. Any changes or actions that the user makes are then transmitted in the opposite direction through the system: from the user interface, to the cloud, and back to the sensors/devices to perform the command or desired action.

Let’s take a deeper look at what each of these components looks like:

The user interface includes the features through which a user interacts with a computer system, and in this case controls connected elements (like sensors and devices). This may include screens, pages, buttons, icons, forms, and more. The most obvious examples of user interfaces are softwares and applications on computers and smartphones.

This piece of the Internet of Things system enables the “things” to communicate and exchange data with each other, as well as to be analyzed and processed by users. The connection can be achieved via wired or wireless network, although wired networks often don’t work given space and hardware limitations. Instead, cellular networks and Bluetooth/WiFi technology are usually the preference.

In the simplest terms, data processing involves collecting, sorting, and organizing the raw data being absorbed or collected by the sensors or devices at the end of your IoT chain. Depending on the devices, the amount of data may be enormous -- which is why cloud services have become such an important support for allowing the IoT to function.

These are either the beginning or end of the IoT chain, depending on your perspective. Sensors and devices broadly include the actual hardware or physical devices connected to the network, collecting data or providing services in an actual physical space. 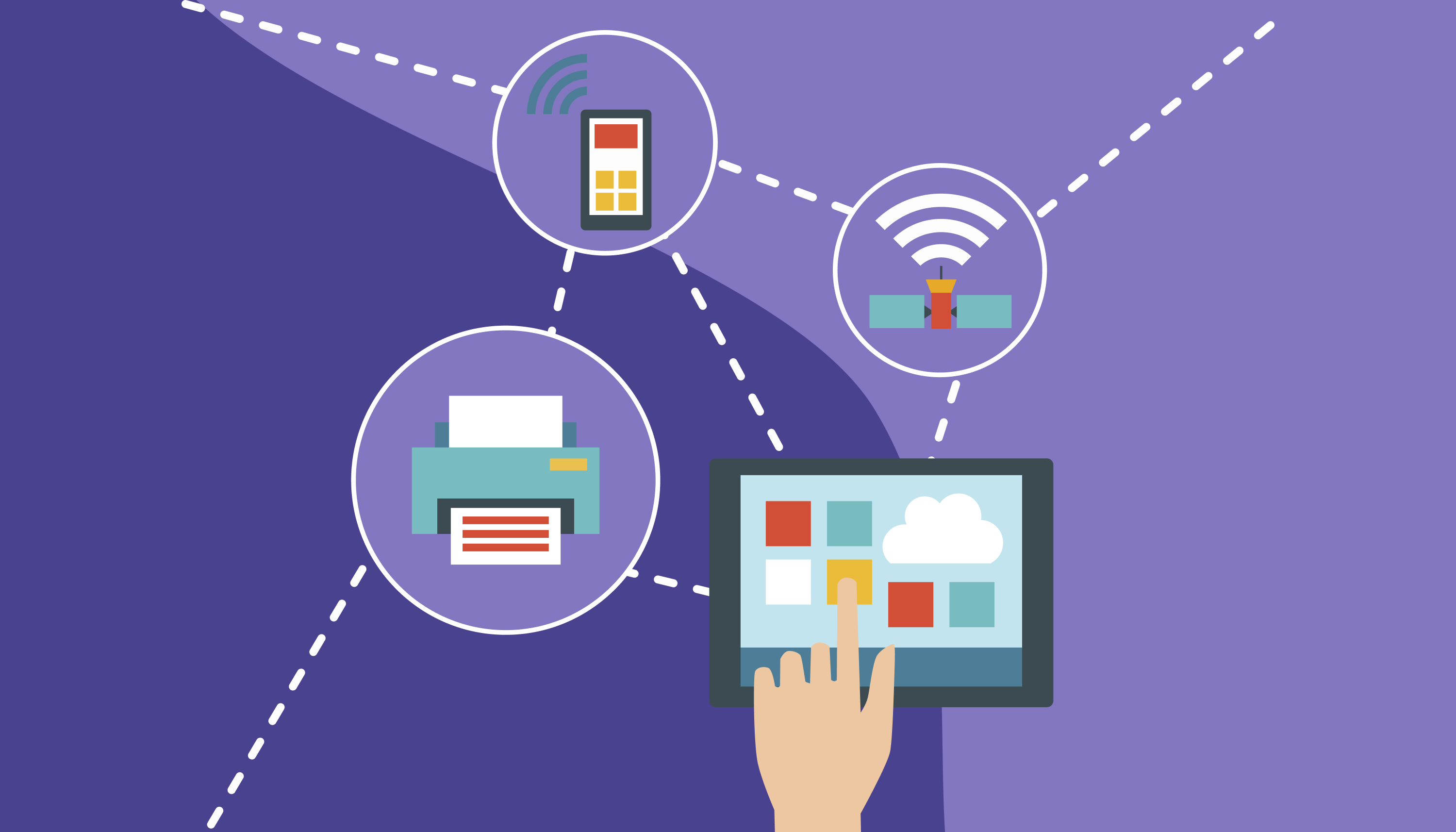 What Are Some Examples Of The Internet of Things In Action?

Every day, more and more devices and traditional technologies are being connected to the IoT, making the array of possibilities an endlessly growing pool. To give you some clear-cut examples, let’s look at some particularly cool and cutting-edge fields in which the IoT is actively playing a role:

One of the most exciting areas of innovation in the Internet of Things is the potential for improved, real-time forecasting and data collection for climate modeling. From sensors dropped in an area to measure the conditions inside a hurricane, to technologies that can be deployed to measure potential sources of renewable energy, remote sensors connected through the IoT now allow scientists and researchers to study dangerous weather conditions and remote geographic locations from a distance. This not only saves time and money for research practice, but leads to more accurate forecasting and climate prediction models that may literally save the planet over the coming decades.

In line with advances in climate research, the IoT has become a useful tool for informing smart agricultural practices. Machines like harvesters, irrigation systems, and feeding systems for livestock can now be optimized and controlled centrally to ensure the best possible conditions for growing crops or tending livestock herds. Increases in agricultural production due to the real-time data collection and improved decision-making driven by the IoT will increase harvest and herd yields, help solve food insecurity, and lead to more sustainable agricultural practices that can help fight climate change worldwide.

If you have an Alexa, Google Nest, or Siri-enabled device within shouting distance, you are already experiencing how the Internet of Things has permeated into homes and offices worldwide. Beyond digital assistants though, smart home technology now includes more traditional devices that are now connected to the network -- from your toaster to your thermostat, your refrigerator to your security system. While smart home tech is decidedly more centered on convenience in your daily life, these tools are still helpful for moderating heating/cooling bills, limiting energy usage, and providing security and control over the hardware in your residence or office.

One of the most exciting potential areas for future IoT growth is the transportation sector. Currently, IoT technologies are largely centered on public transportation systems and infrastructure (such as those highway signs that can tell you exactly how long you’ll sit in traffic before you reach the next exit). However, as driverless automobiles, drones, and other automated transportation technology continue to become cheaper to produce and more reliable, IoT systems will be largely responsible for governing these devices from a central hub. The potential for a city without any human drivers, entirely controlled through the IoT process, becomes more likely with each passing day.

What Do You Need To Learn To Work With The Internet Of Things?

It’s easy to get excited to work in this new field of tech! Given the complexity of the technology and infrastructure behind the systems involved, there are some specific fields that are especially in-demand among companies needing experienced IoT professionals:

Like anything web-related, the applications and systems that enable the Internet of Things are entirely built on code. Python has become one of the most common and rapidly growing languages for IoT-related systems, which means Python developers are equally in-demand. Learning Python is a fantastic first step to find a job within the IoT.

Since so much of the value of the IoT is the accumulation of more data (and better data) than was ever possible before, being able to process and analyze that data effectively is key to the value of the IoT as a whole. Data science programs at leading universities like Harvard and Stanford (and many other colleges) offer fantastic programs for learning about this intricate field. There are also great online options!

One of the biggest appeals of the growth of the Internet of Things is that, unlike many other “disruptive” technologies of the past few decades, the Internet of Things still relies heavily on physical infrastructure and hardware. With that much demand for tools and physical devices, the need for specialists who can repair sensors or devices at the end of the chain is growing in conjunction. Technical schools and trade schools are increasingly offering specializations around this rising need.

While these specializations all have dedicated jobs and roles within companies working around the IoT, a great first step for individuals who don’t have extensive programming or technical experience yet is to learn to code.

Because coding is the fundamental underpinning of both data science and the web platforms that power the Internet of Things, learning how to code is a fantastic way to “get your foot in the door” for the more exciting (and complicated) jobs in the IoT economy.