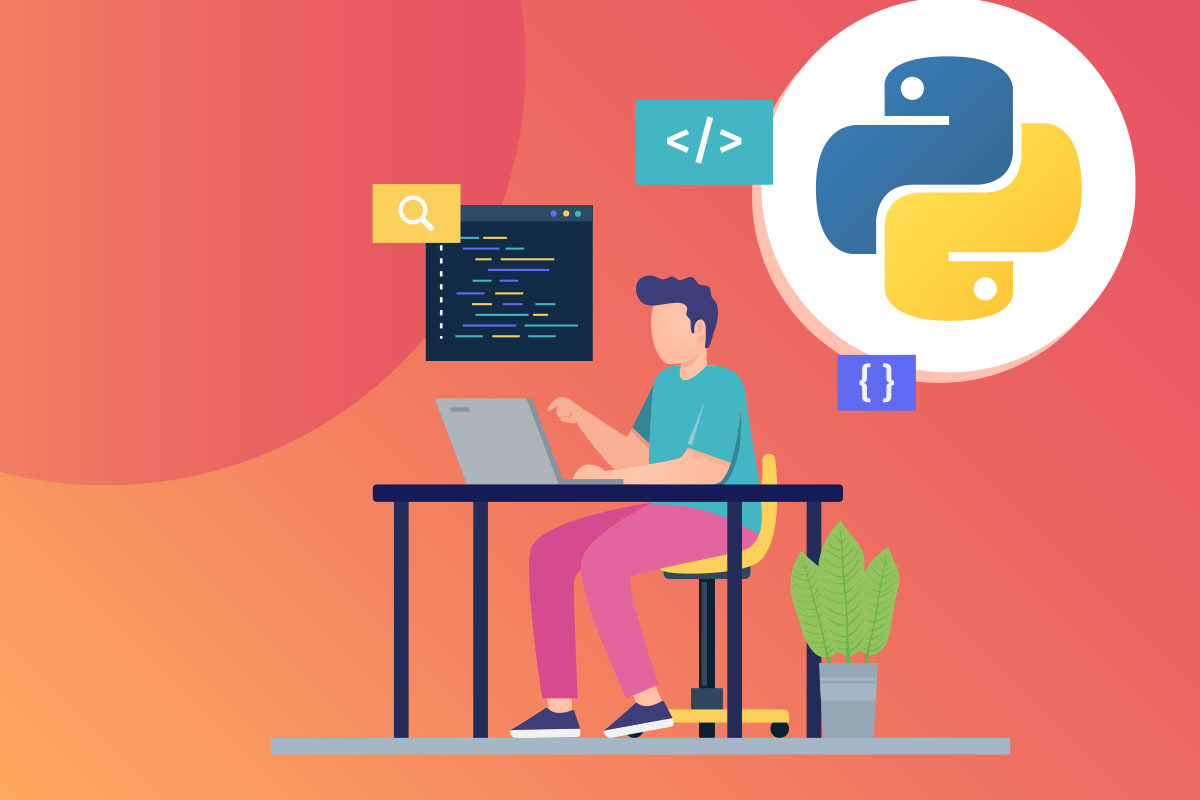 What is Python Used For?

Originally created in 1991 by Guido Van Rossum, a Dutch programmer, Python is one of the more durable and widely used programming languages around the world. It has long stood apart from other languages for being notably easier to learn and use, and thus a great option for both beginning and experienced programmers alike looking for a more simplified solution to various programming needs.

So what is Python used for? Over the past three decades, the language has become an essential part of web application construction and development. While the language was originally in an environment largely centered around software and desktop machines, Python has evolved along with innovations in technology to now support mobile applications, high-level computing processes, and business and educational applications.

In order to understand the various applications of Python today, it’s worth looking at the background of the language itself.

A Little Background on Python

Python is known as an interpreted language, which means it has an interpreter that executes the program directly in contrast to more complicated machine languages. This is a direct result of creator Van Rossum’s original vision of making Python as understandable and easy to read as possible.

In fact, “readability” is the essence of what makes Python so popular. Understanding the frustration of programmers who were tired of wasting time learning the particular syntax of complex languages, Python has continued to evolve to remain as understandable as common English, which is why new programmers especially are drawn to it. This readability is largely achieved through limiting code blocks (text blocks of source code) for white space instead, which helps clean up the appearance and limit complexity.

There are some additional benefits to Python:

So now that we’ve covered what makes Python so popular, and why it’s a great choice for new programmers to learn themselves, let’s talk about what you can do with it.

Main Applications and Use Cases of Python

Python is most often used as a “scripting language” -- a language that can automate specific sets of tasks, which both streamlines the actual operations of an application or site AND makes life significantly easier for the programmer. By automating sets of tasks, programmers don’t have to individually write and design each task, and can save hours upon hours of unnecessary extra coding.

With this in mind, here are some of the most common use cases of Python in web development today:

Python offers an elegant solution in these realms specifically because of the automated task components noted above. Because many scientific and mathematical computing programs require repetitive calculations or analysis of data sets, Python’s automation offers the ability to create simple solutions to programming needs that can be copied or adapted slightly as requirements change.

There are also some specific packages and variations of the main Python language designed for specific sub-needs in these fields. For example:

Software developers often use Python as a support language, whether for testing, build control, or management. Additionally, Python also has specific applications available for software development, such as:

Because demand for applications to work seamlessly in both desktop and mobile versions and featuring dynamic and interactive features continues to rise in the cloud-based web environment, Python’s variety of tools and ease-of-use has made it a main choice for software developers. Some of the more popular tools and packages for web developers include:

GUIs (or graphical user interfaces) are a popular tool for programmers. GUIs allow users to interact with machines through visual and audio indicators, as opposed to text-based user interfaces that often require a steeper learning curve. Building off Python’s founding philosophy of ease-to-use, the Python-powered desktop GUIs are an equally useful tool for beginning coders to make programming easier. Some of the more popular Python toolkits for this include: 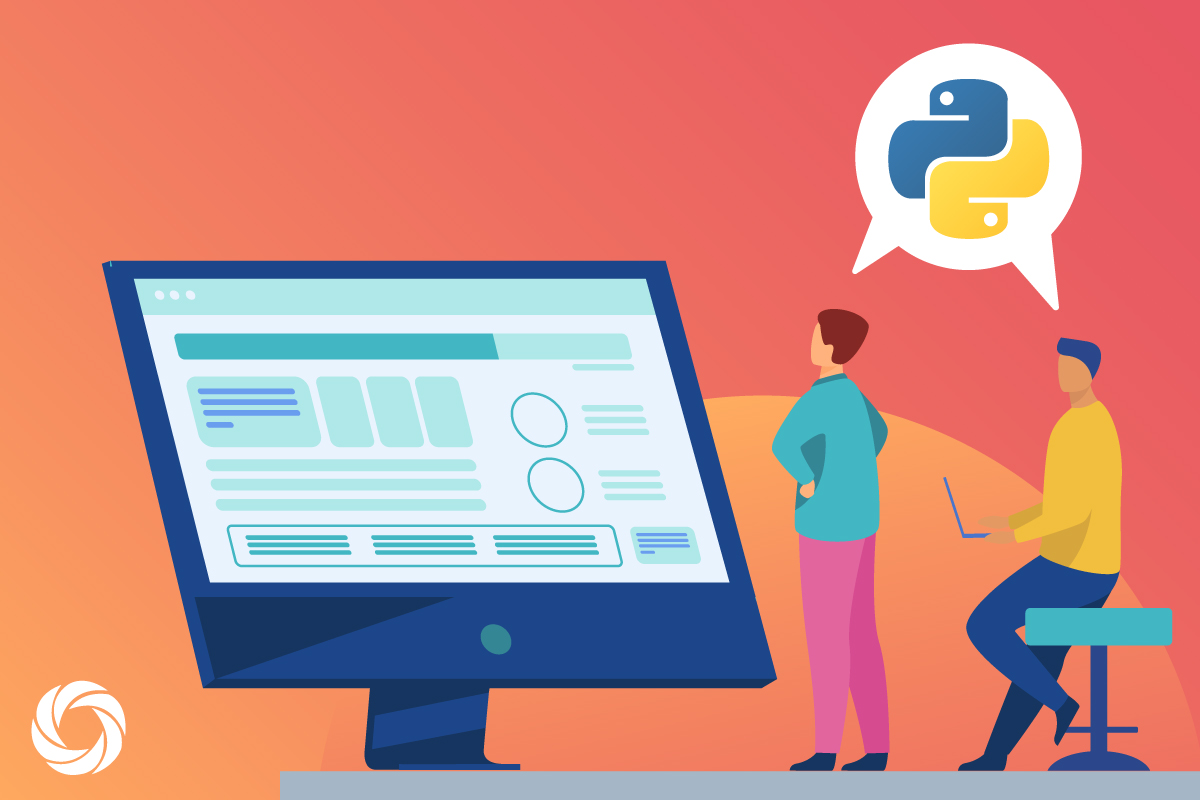 Python is also often used as a structural language for e-commerce systems and enterprise solutions, automating transaction and inventory processes specifically for business needs. Some specific tools for this include:

The Internet of Things (IoT)

The Internet of Things, or IoT, is a relatively new term used to describe physical machinery and institutions that can be networked and controlled through the web. An easy example of this may be devices used for spraying crops or irrigating them. With the development of the Internet of Things, these devices can now be controlled, maintained, and measured from a centralized location through cloud services.

So where does Python come in here? Python’s ability to manage and organize complex data is especially useful given the incredible variety of devices now connected to the IoT. Similarly, Python’s readability and adaptability make it the perfect language to meet the customization requirements needed for businesses working within this growing industry. Finally, because Python is already widely popular in the scientific computing field, the many IoT use cases around research and data collection sync well with existing Python processes and platforms.

So How Do I Learn Python?

Whether you are new to programming or are simply unsatisfied with the languages you’ve been working with before, learning Python is a great idea. Aside from being one of the easier languages to master, Python’s ever-growing array of applicable uses and its thriving user community are unique benefits to the language over some others. Likewise, with a growing user community, crowdsourced workarounds and guides are constantly being developed and shared, making finding solutions to common Python programming issues easier every day.

The best way to become versed in this popular and useful language is to find a quality coding course that can introduce you to the language from the ground up.