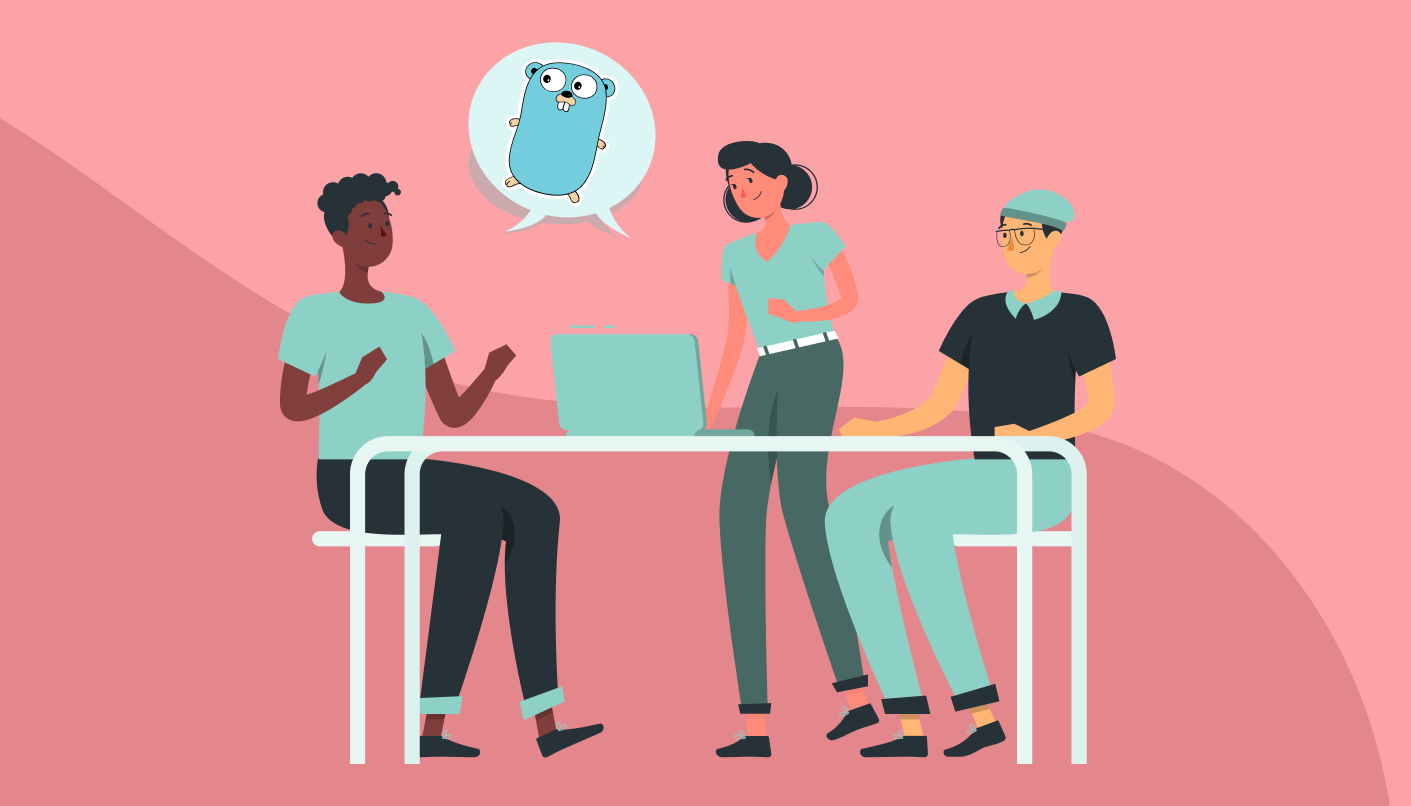 Modern web development for the wide range of devices people use to connect to the Internet is complex. Elements that weren’t as necessary even a decade ago, such as fitting a variety of device screen sizes and adapting code to various web browsers, are essential now. As a result, the universe of programming languages that are optimal for web development is actually smaller than you may expect.

Golang, or Go for short, is one of those optimal languages. Go was initially created in 2007 by Robert Griesemer, Rob Pike and Ken Thompson, all engineers at Google. Go received its official launch in 2009, and with the power of Google’s might behind it, has rapidly become one of the most prominent languages in global web development. Go is responsible for powering a variety of software industry giants, including major names like Dropbox, Google, Cloudflare and Docker. It offers an attractive package for developers and engineers with its combination of type safety, a rich standard library, garbage collection and dynamic interfaces.

For newer programmers considering learning Go in their online coding classes, it’s worth getting a broader view of why Go has proven so useful for web development. Aside from the features noted above, Go also solves some pain points that have plagued web developers using other common programming languages. So let’s take a deeper dive into why using Go in web development is such an attractive option. 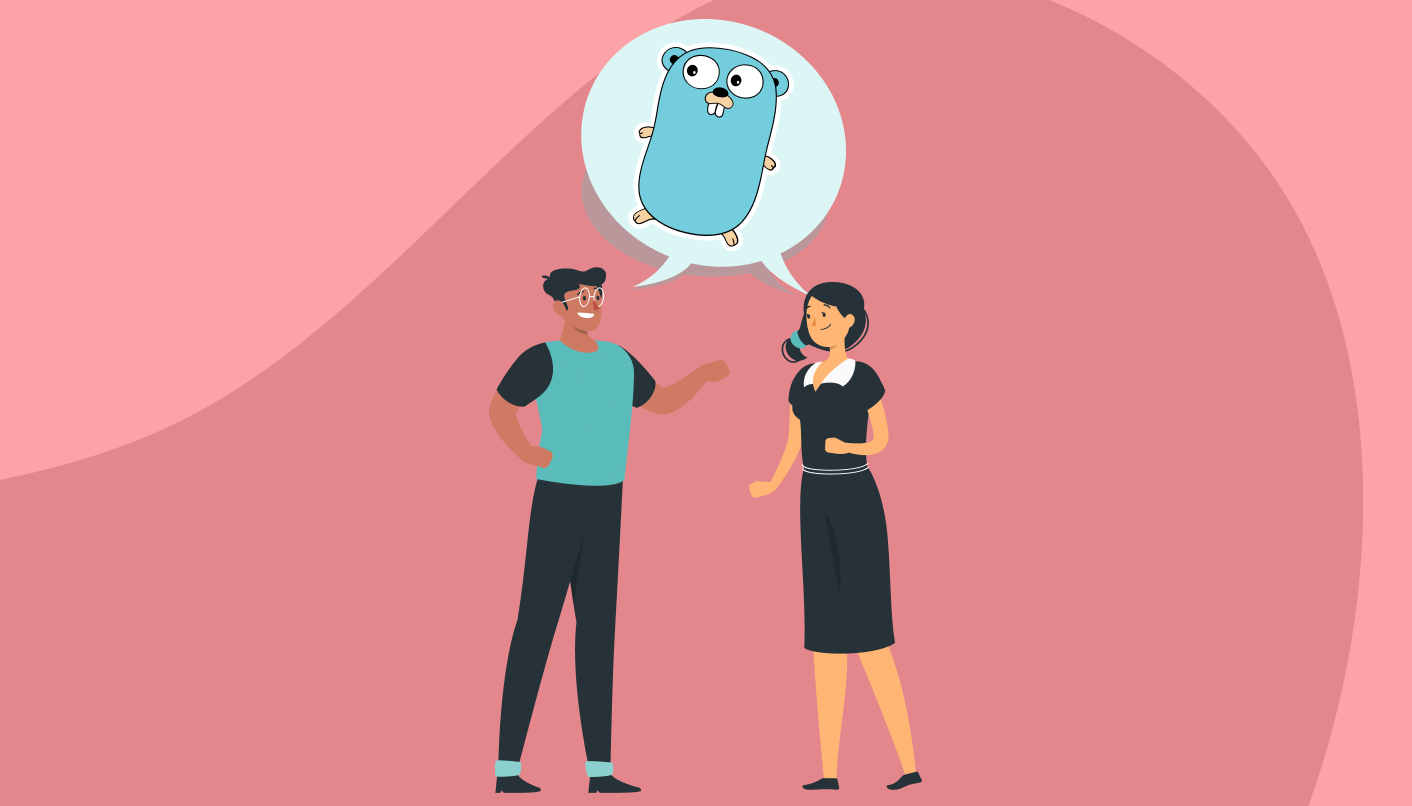 First and foremost, Go is designed to aid developers in creating highly scalable applications - applications that can function with equal efficiency and user experience on a variety of platforms and devices. When using Go, these scalable applications are both easy to develop and, even better, offer enterprise-level performance out of the box.

Go also offers native support for HTTP/2, as well as very good compatibility and support for various popular databases such as MYSQL, ElasticSearch, MongoDB, all of which are major tools in the modern Internet. Even better, using Go doesn’t require using third party web servers like Apache, Nginx, Tomcat, etc. Instead, developers can create a web server using Go itself, and the native server performs at a higher level than competing third party web servers.

Additionally, since Go is a compiled language, web applications built using Go can operate on any environment - from the cloud to the various operating systems popular in different parts of the world. Likewise, native Go web applications run on both Google App Engine and Google Cloud Run. As a compiled language, Go also doesn’t need to be interpreted, which further simplifies the web development process and makes Go particularly fast in executions.

Go is a compiled language

Go is known as a static language, and thus combines all of the dependencies into a single executable file. This makes life easier for programmers, because you can simply use this executable file and directly run it, saving integration processes that slow down development with competing languages.

Go is designed to trigger issues during the compile time as a compiler error, which makes it easier for developers to flush out bugs.

Since the concurrency and scalability features of Go are part of the language structure, Go performs at a higher level than many competing languages, which is part of the reason so many big-name corporations have relied on it.

This last point is a credit to both Go’s creators and the rapidly growing Go developer community, who have crowdsourced many tools that are natively supported by Go core. This plethora of available tools reduces the requirement of relying on a third party library. For example, Go includes tools such as HTTP, JSON, HTML, and others which can help developers build API services without needing to use any additional libraries.

What Kinds of Web Development is Go Good For?

Obviously, modern web development is much broader and more nuanced than the olden days of simply building a static web page. Fortunately, Go is more than capable of handling a variety of modern web needs, including:

Real-time development encompasses programs that users experience as immediate or current. Some good examples of this are e-commerce or financial trading sites, sites with live chat functions, online gaming and others.

Networking is an umbrella term that describes the systems that allow computers to be linked together to share data more efficiently. In 2021, networking development involves web technologies, wireless trends and social media platforms. Go specifically features elements like goroutines and channels, which were designed to meet the needs of these market niches. Go attributes, such as speed of development and deployment, are also ideal for these tasks.

The cloud is everywhere these days, and part of Go’s appeal is its optimization for cloud infrastructure design and development. For example, Go provides on-demand access to shared computer processing, allowing developers to process data on a privately owned cloud or a third-party server. If you want proof of Go’s capabilities for cloud development, look no further than the Google Cloud -- which was created using Go.

Micro services are responsible for organizing the structure of an application, breaking it down into smaller services which makes it easier for programmers to understand (especially important for bigger development teams), test, and further develop. Go-kit even offers specialized support, such as infrastructure integration and system observability, which is perfect for writing micro services.

Are There Any Downsides To Using Go For Web Development?

While it’s mostly all good with Go, there are a few elements that can frustrate developers trying to use Go for web development: