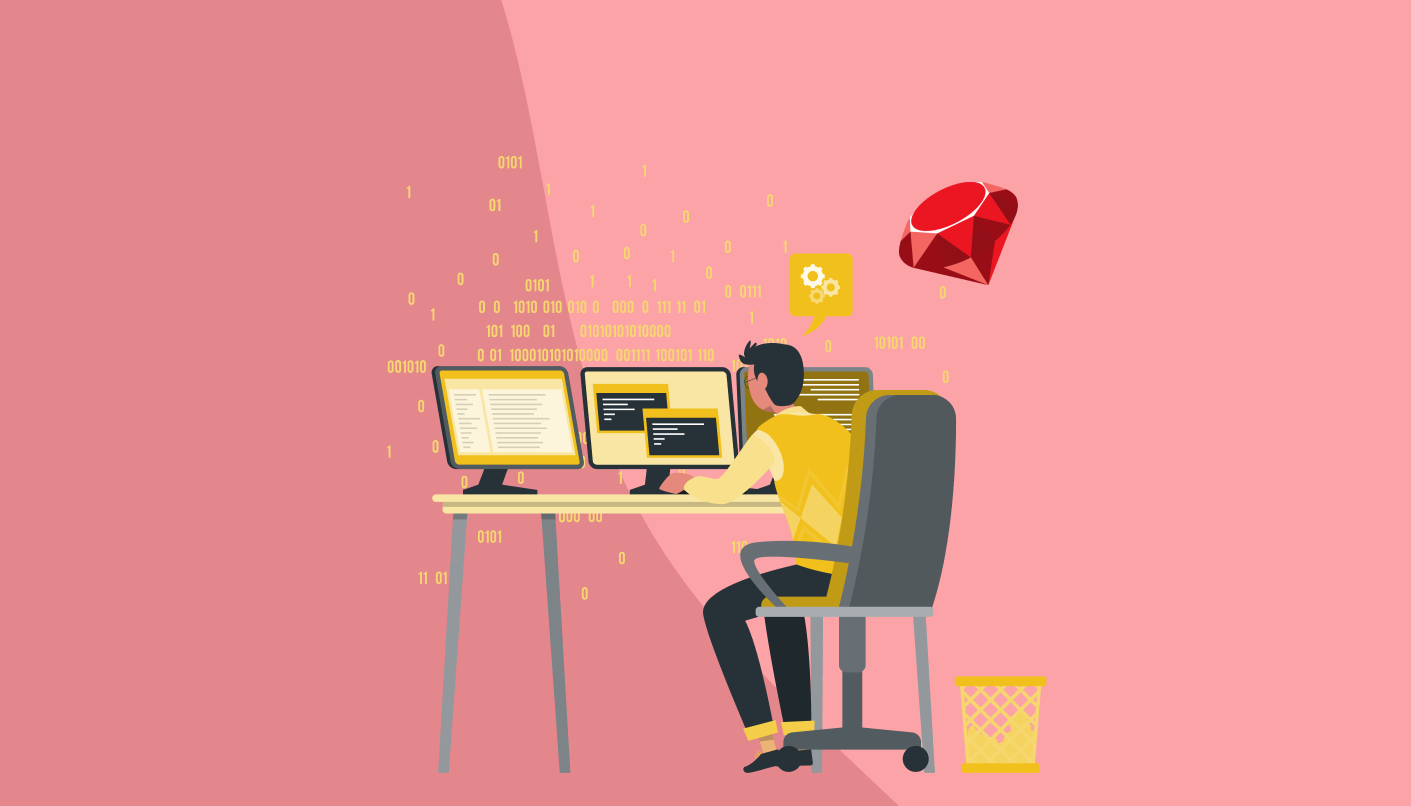 Among programming languages, there may be few names as well-known as Ruby. Originally developed and released in the 1990s, Ruby is one of several languages responsible for powering the modern Internet (and the rise of dynamic applications and software that have transformed it over the decades since). Along with its popular framework, Ruby on Rails, Ruby has long been one of the most popular and widely used development languages worldwide.

While other languages like Python and Go have developed equally large followings and footprints, many beginning developers continue to learn Ruby and build robust software and applications each year. Likewise, the sizable global Ruby developer community continues to provide resources and support that assist in effective programming in a variety of different use cases.

So what is Ruby, and why should you consider taking a coding class to learn it? What are the benefits and applications of Ruby, and what types of projects can you build by learning it? This guide dives into the background of Ruby, as well as some of the most common applications of the language in modern web development. 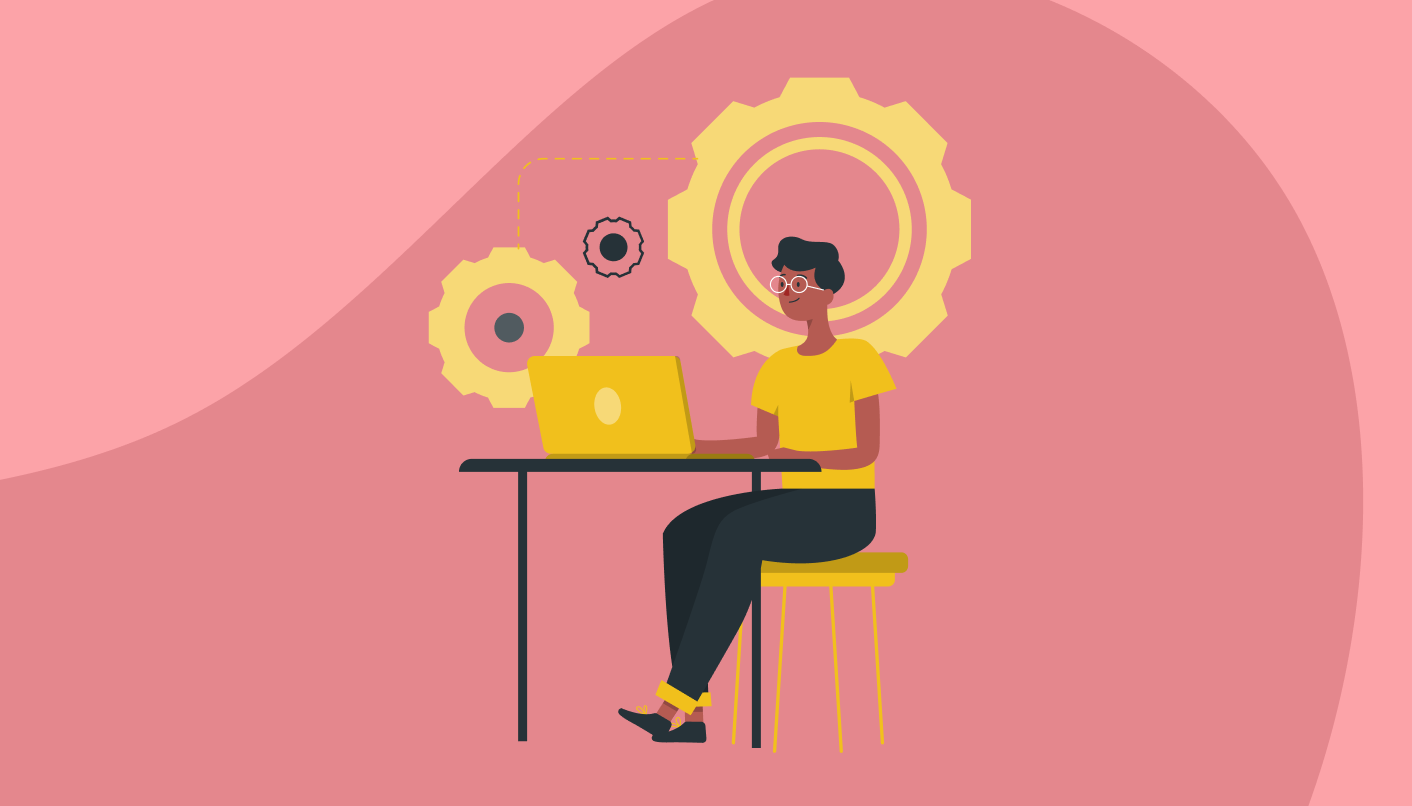 Where Did Ruby Come From?

Ruby is simply a scripting language designed from the ground up for use in either front-end or back-end web development, as well as similar applications. It is characterized as being a robust, dynamically-typed, and object-oriented language. Even more useful for newer developers, the Ruby syntax is considered so high-level and easy to read and understand that many developers claim it is as close as you can get to coding in plain English.

Ruby was originally created by the Japanese programmer Yukihiro “Matz” Matsumoto in the early part of the 1990s. Matsumoto has stated that the language was originally designed to be both fun and productive; he created it with an eye toward the common developer complaints at the time, and sought to resolve them structurally within the language. Ruby is scripted, meaning that it’s an interpreted language rather than a compiled one.

How Does Ruby Compare To Other Programming Languages?

While there are a growing array of competing programming languages to choose from, Ruby more closely resembles similar general-purpose languages such as Python or C/C++. In the case of Python, Ruby differs by offering a variety of valid approaches to problem-solving, while Python largely takes a “single, unquestioned solution” approach to every common programming problem.

Additionally, while both Python and Ruby are heavily object-oriented (in both languages, everything is considered an object), strings are mutable in Ruby but not in Python. Ruby also includes only a single type of list container, again playing into the theme of simplicity and ease of understanding that characterizes the language as a whole. Meanwhile, when compared to C/C++, Ruby doesn’t “show” as much to programmers, which actually makes the programming process easier by simplifying the code and removing extraneous elements that can confuse or clutter up coding. While this can make deep bugs harder to find in Ruby, it also makes it significantly easier to ship code (and thus, collaborate with other developers on a team).

What Advantages Does Ruby Offer?

In conjunction with the Rails framework, Ruby is based on three essential design principles that help maintain simplicity while building complex systems (and thus make life easier for developers):

Within the MVC architecture, a web application incorporates three interconnected layers. The model houses codes that function with the application data. It also centralizes the business logic of the application and all rules needed to manipulate the data. Views are HTML files with embedded Ruby code, which determine how users interface with the application and how the application presents the data to the users (through formats like HTML, PDF, XML, and RSS, among others). The controller also communicates with models and views. It will receive a request from the browser, work with models to process the request, and then instruct the view to ensure that the result is displayed to the user correctly.

Web software and applications built with Ruby on Rails are arranged appropriately and have basic divisions between the layers, including defined routes, controllers, models, and bounded views all within the framework. The use of the MVC architectural pattern improves their maintainability and facilitates decoupling and testing, thus simplifying things for programmers to help ensure applications function efficiently and correctly.

This principle ensures that developers save time and effort. Because the Rails framework makes assumptions about what a developer wants to do and how they want to do it, developers don’t have to keep in mind the details about configuration files. By skipping this part, Ruby developers have to create less code to achieve the same results. And any experienced programmer will tell you that creating less code to build the same software (which can also save money and time, if you are hiring Ruby developers as a business owner) is always a good thing in programming.

DRY emphasizes reducing repetitive information within a particular system, which allows programmers to make modifications more easily and minimize their errors throughout the course of a development cycle. Again, the name of the game is making things simpler, easier, and more fun for programmers.

Besides the structural principles of the language, there are a few other benefits that Ruby offers developers who choose to learn it:

Ruby has been found to minimize website development time by as much as 25-50% over other popular languages and frameworks. This is largely due to the object-orientation structure of Ruby, the streamlined code base, modular design, the significant library of open-source code created by the existing Ruby developer community, and an array of ready-to-use plugin solutions for different features you want to build.

Ruby gets a lot of credit for being a stable and predictable language (unlike some of its competitors). Since modifying existing code and adding new features to an application is easy with Ruby, startups and app creators love it, because the developing process doesn’t require long onboarding time for new developers or excessive budgets for development.

nlike other languages that require licensing costs, Ruby is free to use for either an individual or a corporation. It works great with many free web servers and databases, as well as open-source Linux. Likewise, many available libraries exist (thanks to Ruby developers) that are also free to use.

What Is Ruby Commonly Used For?

By far the most common use-case for the Ruby language is building websites (and tying them in to related mobile applications). However, since Ruby is a general-purpose language similar to Python, it can also be used to power different applications that offer the ability for data analysis, prototyping, and proof of concepts.

Probably the most widely known and popular implementation of Ruby is Rails web, the development framework built to function alongside Ruby. Homebrew, an extremely popular tool for installing software packages on macOS, is also written in Ruby. So is the security software Metasploit, which allows you to test websites and applications for how easy they are to break into.

The list of widely known brand names that have been created by Ruby developers with Rails goes much further than these apps though. Perhaps the biggest names that have been powered by Ruby programming include rental-sharing app AirBnB and the widely popular Hulu streaming service, as well as coding website Github and Goodreads, a hub for literature lovers.

Beyond these big names, here are some of the industries that most commonly use Ruby: