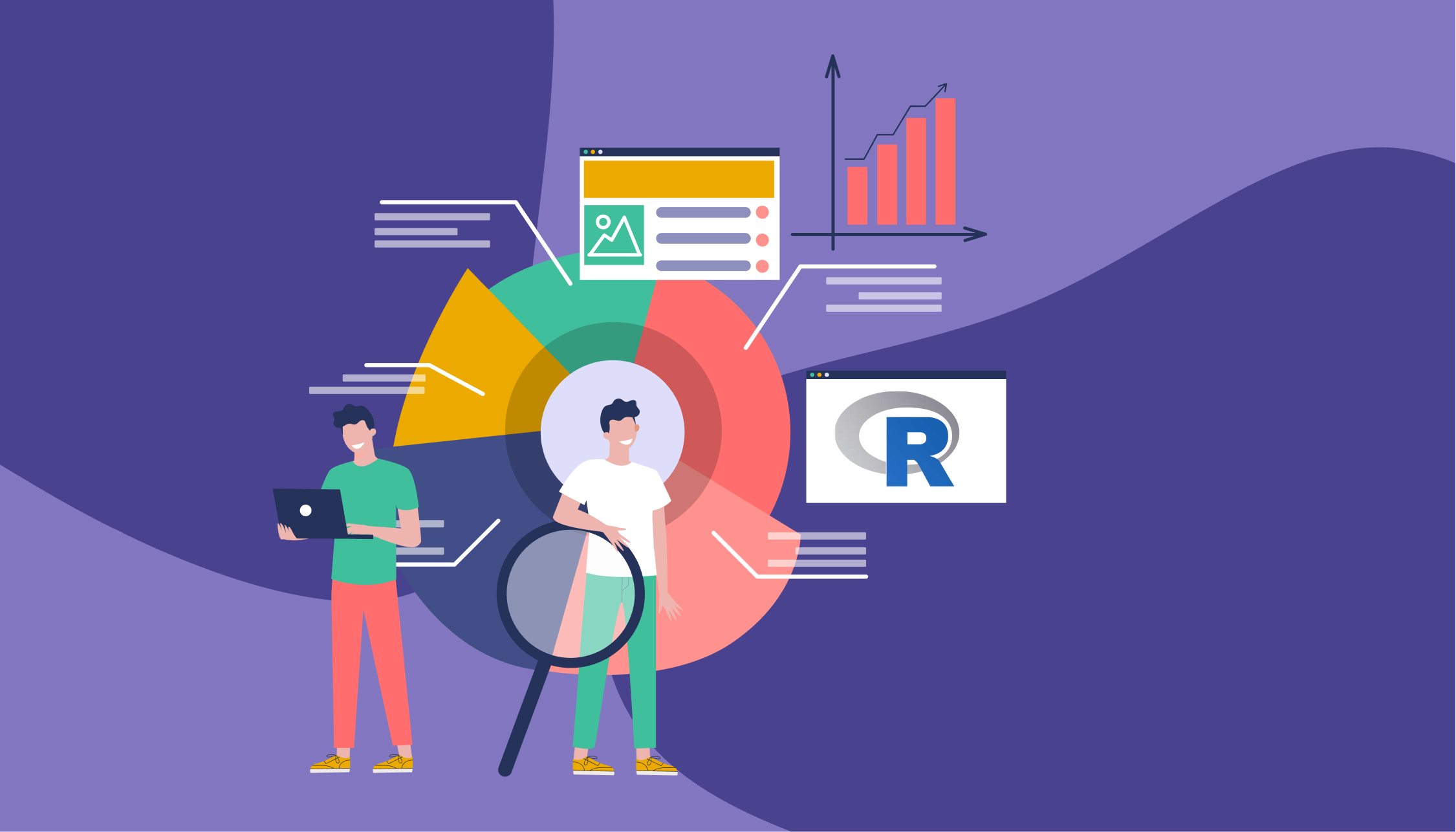 How Does A Data Scientist Use R?

If you’re interested in learning data science, then you’ve probably heard of R. It’s a programming language that’s popular with statisticians, data scientists, and anyone else who needs to analyze a large amount of data quickly.

But what exactly makes R so powerful for statistical analysis and data science? And how do data scientists use R to solve real-world problems? We’ll answer those questions in this article. 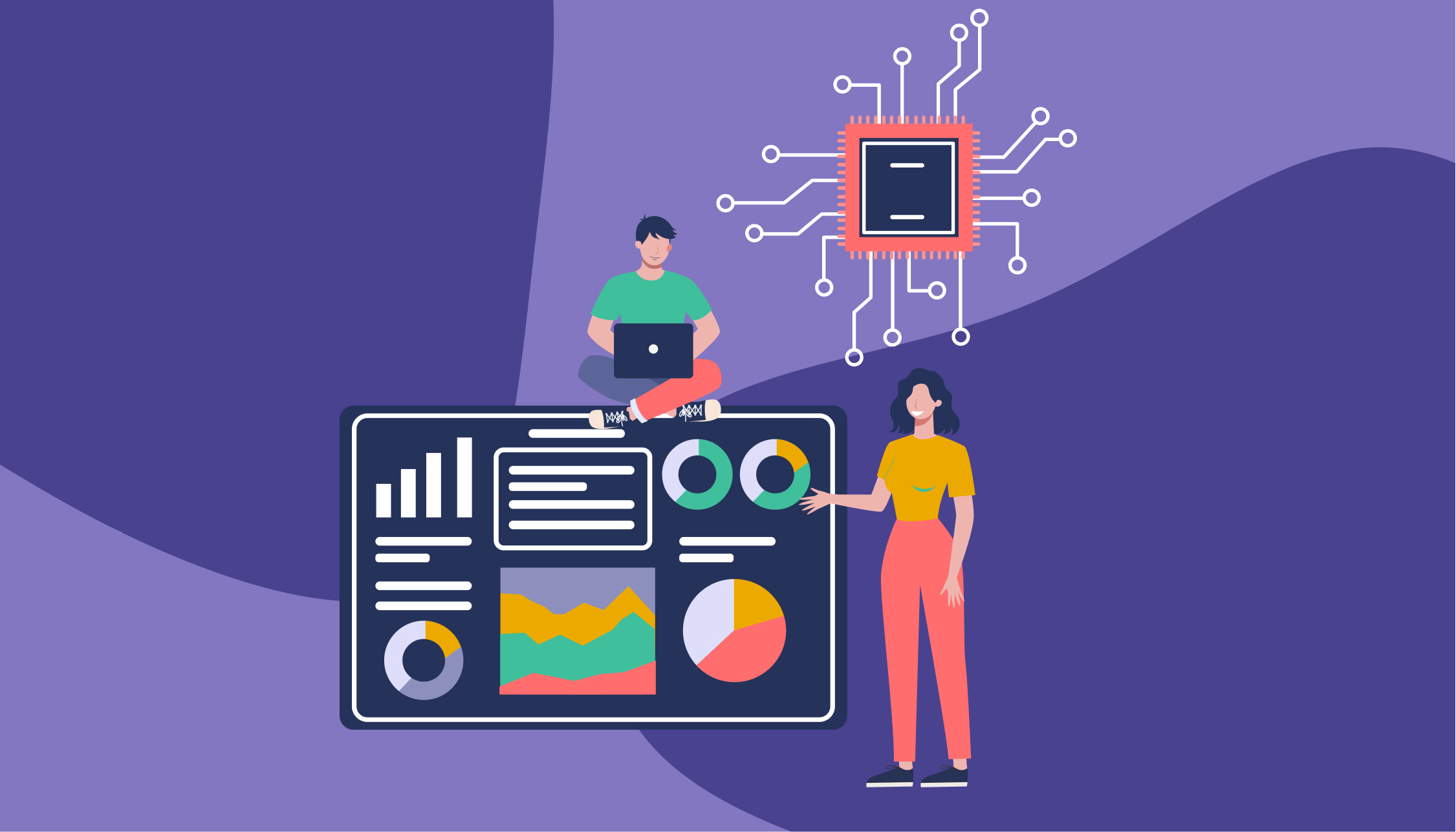 R traces its origins back to a programming language called S, created by a statistician working at Bell Labs back in 1976. In 1991, two statisticians from the University of Auckland, New Zealand began work on a new version of S, which added some additional features and would also be free and open source software. This project turned into what we know today as R.

Because it was created by statisticians, it was designed from the ground up to manipulate and analyze data. This has resulted in R becoming popular with not just academics, but in many different fields that need powerful statistical analysis tools.

R is used by data scientists and researchers working in nearly every field that relies on data analysis. It’s used every day by people working at big companies like IBM, Google, Uber, Pfizer, and Facebook. It’s also used by financial institutions to analyze market and transaction data. Researchers and scientists use it to analyze data from studies in everything from astrophysics to zoology. In basically any field that requires crunching large amounts of data into an understandable format, you’ll find data scientists using R.

Because R is so popular with data scientists in so many fields, over the years, users have created thousands of packages that add features specific to their fields. Nearly every type of statistical analysis or modeling has been created as an R package, covering fields such as genetics, finance, and social science. This large base of ready-to-use packages make it easy to quickly use R for more advanced uses without needing to start from scratch.

Another big advantage of R is that it includes a powerful collection of data visualization tools that are easy to get started with. R can be used to create plots of data that include trend lines and other statistical visualizations without a lot of coding. These tools can make large amounts of data easier to understand when creating reports for others. We’ll look at why that’s so important in the next section.

R Is Easy to Get Started With

Another reason that R is so popular for data science is that it doesn’t require as much programming experience to get started with using it for analytics. While Python is another popular programming language for data science that’s considered easy to learn, if you aren’t already a programmer, you will need to learn a number of programming concepts -- and write a lot of code -- before you’re ready to start making sense of big data sets.

With R, however, you can get started using it for data science very quickly once you learn the basics of its syntax and features.

What Do Data Scientists Do With R?

Now that we’ve looked at why R is so popular with data scientists, let’s find out what problems they actually use it to solve. From academics to big business, data scientists, statisticians, and researchers use R every day to manipulate and understand data. Here are some examples of the things that R can do for data scientists.

Use R For Data Wrangling

Most of the data collected and analyzed by data scientists isn’t clean and elegant -- it’s messy, and needs to be cleaned up before it can be analyzed further. R has several packages that are designed to make the process of ingesting data and cleaning it up easier.

These include packages such as dplyr, data.table, and readr. These packages can take messy data in many formats, import it into R, and then aggregate it into a usable table or database for further analysis. This helps data scientists to more quickly begin working with and analyzing data no matter in what format it comes to them.

As mentioned above, R includes features designed to visualize data. While these can be used to generate good-looking charts and graphs for reports and presentations, visualization can also be used to quickly make sense of large amounts of data that would otherwise be confusing or unclear.

By using R’s data visualization tools, data scientists can quickly spot trends, correlations, or other features that can be analyzed further. Making these kinds of inferences quickly is especially important for data scientists working in fast-moving tech industries. And for researchers who might be strapped for time or funding, it’s important to know upfront whether a particular trend or pattern deserves further investigation.

Both the data wrangling and data visualization features of R make it easy for data scientists to develop preliminary “sketches” of the data they’re working with to determine what aspects of it may require more in-depth analysis.

Many data scientists are involved in the development of machine learning algorithms. The process of developing algorithms, testing them, and training them to make decisions can be complicated. But R contains many packages that are designed to simplify the process.

This includes packages such as rpart & PARTY, for creating data partitions, CARET for classification and regression training, and randomFOREST for creating decision trees.

These specialized packages can be used to train machine learning algorithms using real-life data. In turn, this helps data scientists to build better predictive algorithms for everything from online shopping to cancer research.

Because R is flexible, yet easy to use, it can help data scientists enable other members of their team to get started with preliminary analysis before bringing in specialized statisticians and data scientists. How so?

Imagine a research team at a pharmaceutical company that is conducting a clinical trial on a new drug. They will collect thousands of pieces of data during the course of the trial, and it will need to be formally analyzed by data scientists. But to help move the research along more quickly, a data scientist could create a custom R program that allows other members of the team to quickly analyze the data first. They could then make adjustments to their research based on those findings, optimizing their process even as it is ongoing.

Getting Started With Data Science

If you’re ready to dive into the world of data science, be sure to check out SoloLearn’s R course in addition to other free courses from SoloLearn such as its Data Science course, it’s Python for Data Science course and it’s Machine Learning course.

Be sure to download SoloLearn’s free mobile app so that you can continue learning while you’re on the go. By spending just a few minutes a day building your learning habit, you’ll have the skills you need to learn data science.