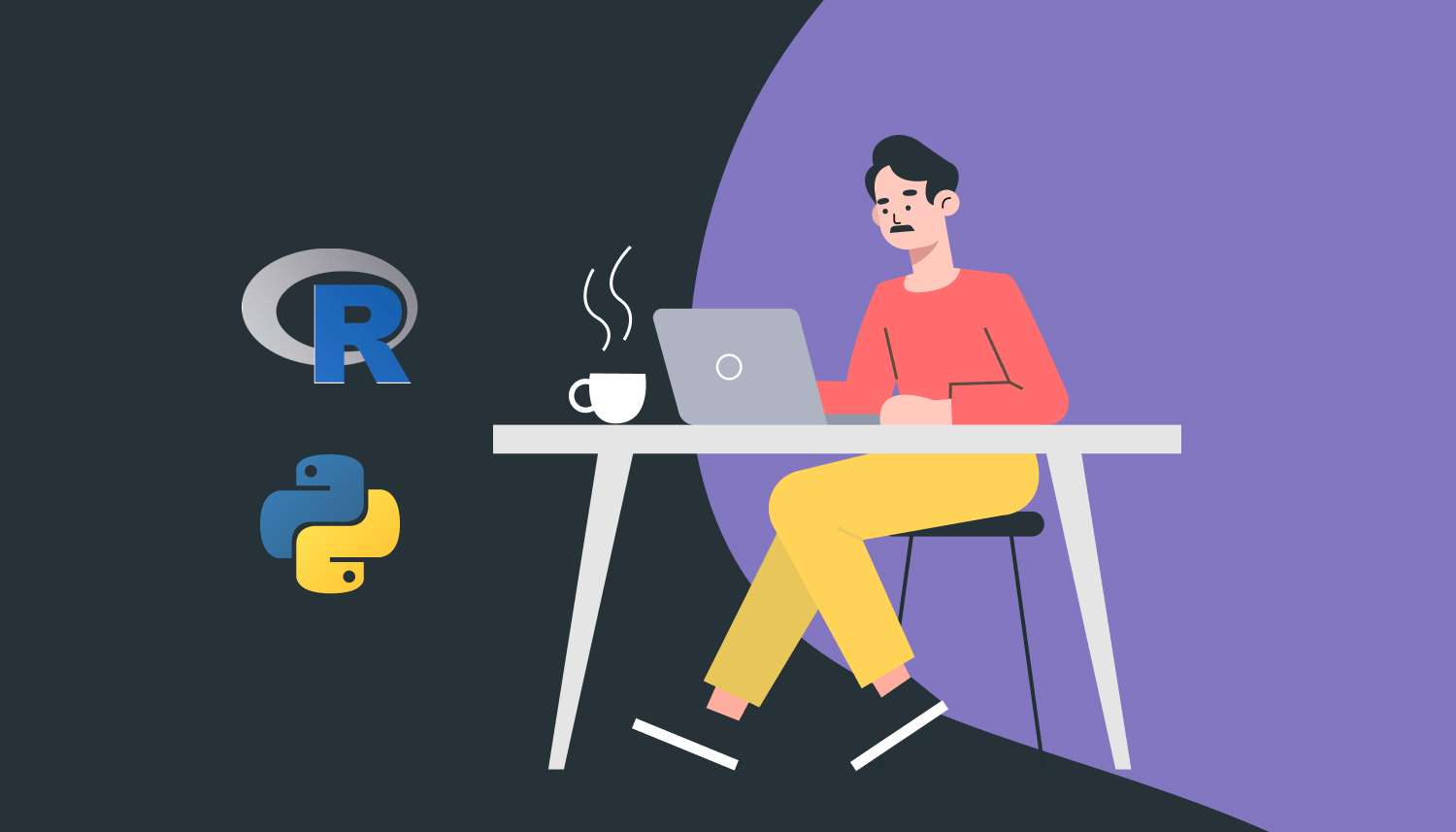 Python Vs. R: Which Should Be The Go-To For Beginners Looking To Get Into Data Science?

In this week’s Ask SoloLearn, the SoloLearn community asked about the expanding and exciting field of data science. From Google Analytics that enables you to measure site traffic (and a hundred different variables) in real-time, to the COVID case dashboards from Johns Hopkins and others, data science is at the forefront of technology these days. And the need for programmers who can create and evolve data science software is growing just as rapidly.

To break the Python Vs. R question down, let’s do a quick recap of what data science is, what you should know about Python and R and how they compare and contrast, and then our recommendation to answer the question.

What Is Data Science?

While you can find many technical and complicated articles explaining data science with a quick web search, the easy definition is that data science involves the art of collecting, measuring, evaluating, sorting, and analyzing data sets. These might be small data sets (who’s visiting your web page at a particular time?) or massive data sets (weather conditions from thousands of IoT sensors or user reports). A data scientist uses software to perform those functions, either for academic and research purposes, or on behalf of a corporation or group.

Data science has been around for decades, but innovations in programming languages (such as Python and R) have greatly expanded the capabilities of data science software. This has increased the speed of collection/evaluation/analysis etc exponentially from previous times, and as fields like machine learning and the Internet of Things (IoT) continue to expand, the need for data science programmers will only continue to grow.

How Do Python and R Compare For Data Science Purposes?

The first big area of difference is in collecting data. For example, Python supports various data formats, from comma-separated value (CSV) files to JSON collected from the web to SQL tables imported directly into your Python code. In the case of web development, Python also allows you to easily grab data from the web for building datasets. Meanwhile, R is optimized for data analysts to import data from Excel, CSV and text files (among others).

Python has Pandas, a specific data analysis library for the language that can allow you to explore datasets. Users can filter, sort and display data easily and quickly. In comparison, R is optimized for statistical analysis of large datasets, and includes a wide range of options for exploring data. When using R, you can build probability distributions, utilize different statistical tests, and incorporate a variety of standard machine learning and data mining techniques.

Python includes standard libraries for data modeling, such as Numpy, which is designed for numerical modeling analysis or SciPy for scientific computing and calculations. To do this type of specific modeling analysis in R, developers sometimes need to use packages that exist outside of R’s core functionality. There are some internal solutions as well, but this can add a layer of complexity to using R that you won’t find using Python.

This is one area where R is clearly ahead of Python. Python does have tools like matplotlib that allow for data visualization. However, R was created specifically to demonstrate the results of statistical analysis, and the base graphics module allows users to easily generate basic charts and plots. There are also tools like ggplot which offer more advanced data visualization solutions.

So Which Language Is Best For Beginners?

While Python and R both offer advantages for data science, the main question here is which is better for beginners. In this case, Python is the choice. While novices can use R to run very basic data analysis within a short time, to use the advanced tools that make R so popular for data science, you’ll need to spend hours learning the intricacies of the language and its libraries. This means that most of the benefits of R being designed specifically for data science won’t be available to you for a long time (and after a lot of coding classes).

Meanwhile, Python has long been touted for its easy-to-understand syntax and relatively quick learning curve, not just for data science but for any programmer looking to break into web development. The other thing worth noting is that many programs (and the businesses behind them) support both languages, which make them interchangeable in certain instances. This means the choice of which to learn should come down to which will be easier for you to master.