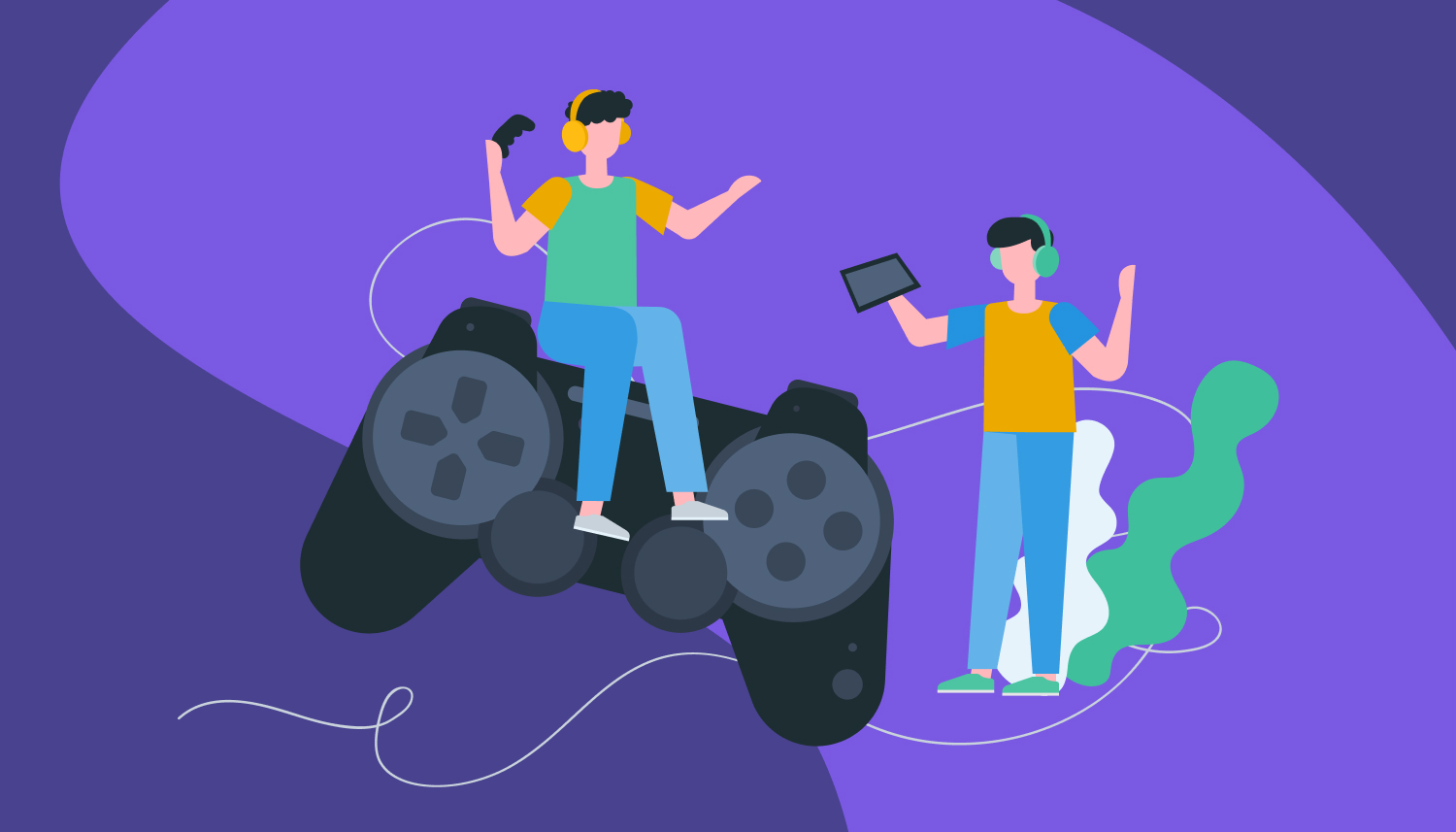 How To Create A Video Game: Graphics And Audio In Video Games

Programming a game is one thing — making it look good is another. Video game graphics have come a long way since the text-based adventures of the 1980s, with photo-realistic 3D graphics and virtual reality. Still, some of the best games to come out of the last few years had simple graphics.

What are your options for different video game graphics styles? How are those graphics created and used within a game? And how are music and sound effects used in video games? We’ll answer those questions in this article.

The earliest video game graphics were extremely simple. Text-based graphics, where the game elements are rendered as ASCII characters, were the basis for some of the earliest games, known as MUDs (multi-user dungeons) and roguelikes. These were followed up by vector graphics games, which you may know from titles like Asteroids.

While it may seem like most big-budget video games today use full 3D graphics, many still use 2D or 2.5D graphics. Let’s take a look at the differences between video game graphics styles and how they’re used in games today.

2D graphics do not use real-time rendered objects or scenes. Rather, they use static images as sprites, tiles and backgrounds in the game. 2D graphics usually require less computing power than 3D graphics, and so are popular for “casual” games where users don’t have high-end 3D graphics cards or dedicated gaming computers.

Two common 2D game formats are top-down and side-scrolling. In top-down games, the player is looking down on the action from a birds-eye view, while in a side scroller, you view the action from the side. Top-down games are popular for management and business simulators like SimCity, while side-scrollers are popular for action games like the various Mario Bros. games.

In these 2D games, the background is represented by a static image or series of images. Game elements are created as tiles — these are the graphics representing buildings in a management sim or the platforms in a side-scrolling adventure game. The character, enemies, and other moving objects are represented by sprites — graphics that can move or be animated. 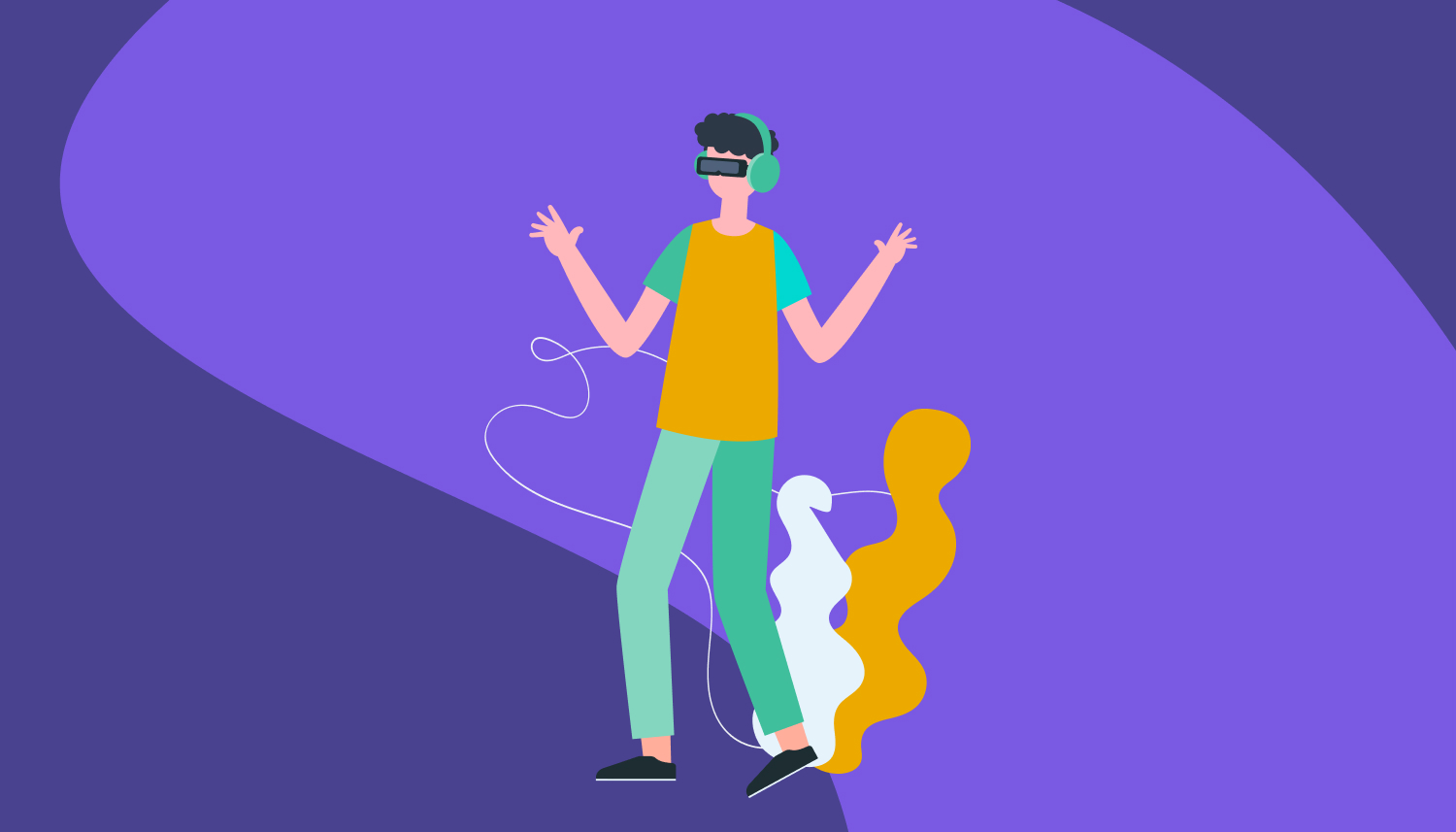 2.5D, ¾ perspective, and pseudo-3D refer to the use of 2D graphics assets to simulate the look of 3D graphics without using actual 3D shapes and real-time rendering. For example, early games in the Civilization franchise used 2D assets designed using isometric perspective to give the illusion of 3D space.

Some games use a combination of 2D perspective and 3D rendering to save resources while still providing a realistic-looking experience. The Sims series uses this technique, combining bitmap backgrounds with 3D rendered characters.

In addition, 2.5D techniques can be used to improve the experience in otherwise fully 3D games. For example, the Half-Life series uses skyboxing. This is where the environment is enclosed in a cube or dome that has a background environment projected on it. These techniques make the game world appear much larger than it is without requiring additional rendering power.

For many gamers, the gold standard in video game graphics is fully-rendered realistic 3D graphics. Characters, scenery and other game elements are created as three-dimensional polygon meshes, and then rendered in real-time using 3D-accelerated hardware.

3D games typically use either first-person or third-person perspective. In first-person, the scene is rendered as if the player is looking through the eyes of the character or avatar. He may not be able to see the avatar character at all, or only a hand, weapon, or feet, for example. This is common in the first-person shooter genre, among others. In third-person, the camera follows the character from behind or the side. This is common in the RPG and adventure genres. Other games allow the player to toggle between several different viewpoints, as in flight simulators or racing games.

Creating graphics for video games — also known as “assets” — is a multi-step process. For a big-budget video game, dedicated teams of artists work on various types of graphics and assets, including characters, scenes, textures, objects, and other game elements. Here we’ll give a general overview of the process of creating graphics assets, as well as some of the tools that can be used to create them.

The first step in creating video game graphics is to develop the game concepts and ideas. Once the designer has laid out the look and feel of the game, artists will begin to sketch ideas for the look and feel of the game. This includes sketching character art, scenery, game elements, and other assets. The concept behind the game usually influences the style of the assets. For example, a fantasy RPG would include characters such as elves and orcs, and style elements that match the fantasy environment. Or a sci-fi themed space shooter would include elements that you’d expect to find in space.

Once the concepts are created, the actual designs for all of the assets can be fleshed out by an artist or designer. As with any art, this can be done via physical media, like ink and paint, or via a digital drawing or painting program and a digital tablet.

Bitmaps are graphics that consist of a fixed grid of pixels, with color information for each pixel. For 2D games, the majority of assets will be bitmaps. This includes tiles, sprites, and other graphics that will appear in the game. For 3D games, things like textures and backgrounds need to be created as bitmaps.

Creating bitmaps can be done using any number of bitmap drawing or editing tools. The most popular is Adobe Photoshop. A free alternative is GIMP, the open-source image editing tool.

Creating assets for 3D games is somewhat more complicated than creating 2D assets. 3D assets need to be created using a 3D modeling program, such as Maya, 3ds Max, or Blender. The 3D modeling program creates a polygon mesh called a wireform. The wireforms can then be used by the game engine to create the characters and scenery of the game in real-time.

Any object in the game that needs to be rendered in 3D must be created as a 3D polygon mesh. This includes characters, vehicles, weapons, buildings, scenery, and many other assets.

Once all of the game assets, both 2D and 3D, are created, they need to be imported into the game and tested. During game development, placeholder graphics are often used in place of the final assets. This allows the developers to work on game mechanics and programming without needing to wait for all of the art to be complete.

Once the assets are complete, they need to be tested to make sure they function as expected in the game environment. Things like mis-mapped textures and misaligned tiles need to be corrected before the game is released. This can take several rounds of back-and-forth between the developers and the art team to get everything working right.

An important part of the video game experience are the sound effects and music. Sound effects add to the immersion and realism of the game, while thematically appropriate music can greatly enhance the game’s experience.

Sound effects are any sounds that are played in response to events in the game. This can be weapons firing, vehicles being operated, the player or other objects colliding with other items, or footsteps.

The right music paired with a great video game can be an iconic combination. Many game soundtracks have become popular in their own right, whether using original music or popular mainstream tracks.

As with sound effects, most game engines can trigger music changes to correspond with elements in the game, if required. For example, a suspenseful or action-packed scene can cause the music to change to a more dramatic tempo. This can greatly increase the immersion of the player in the game.

Building a Video Game Next Steps

Now that we’ve discussed video game programming languages, game engines, graphics and audio, there are a few more areas to discuss. The next article will focus on multiplayer games and the backend technologies that go into making them possible.