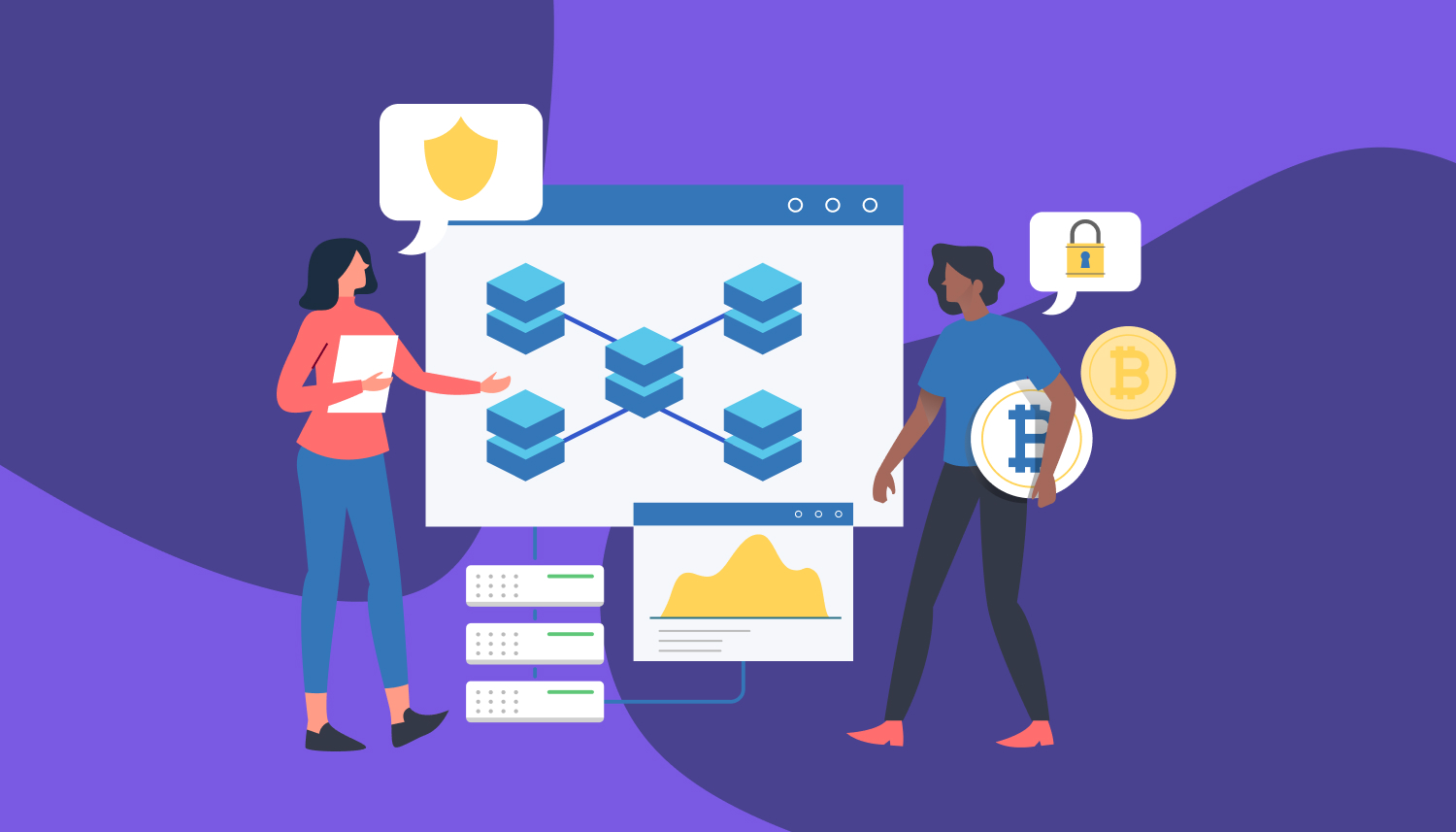 After reaching the mainstream in 2016 and 2017, blockchain has emerged as yet another disruptive force in technology, specifically in the worlds of IT and finance. A public electronic ledger built on a P2P system, blockchain offers the unique ability for data to be stored around the globe on thousands of different servers -- while also letting anyone on the network around the globe see everyone else’s inputs and entries in real-time.

The technology and processes behind blockchain are actually fairly simplistic, and as this new method for processing and tracking transactions continues to spread, it’s likely to be an area of continued growth and broader use over the coming years. In this guide, we will explore the basics of blockchain, as well as cover some of the frequently asked questions behind the technology that has made Bitcoin part of everyday financial discussions.

Why is it called Blockchain?

While this sounds silly, blockchain is literally just a chain of blocks. However, when people use the words “block” and “chain” in this context, they are actually referring to digital information (the “block”) stored in a public database (the “chain”).

The “Blocks” actually have three parts:

Blocks store basic information about transactions, such as the date or time of the transaction and when it was processed. This is no different than the way a transaction is stored in a database of an e-commerce site, such as EBay or Amazon.

Similarly, blocks also includes information about the purchaser for each transaction. To protect user privacy and personal information, your purchase is recorded without any identifying information using a unique “digital signature,” sort of like a username.

Every block stores unique information that differentiates them from other blocks. Much like unique user IDs are assigned to each new account in a typical database supporting a web application built with Python or Javascript, each block stores a unique code known as a “hash” that allows us to tell it apart from every other block. Hashes are cryptographic codes created by special algorithms, which allow every block to be unique and distinguishable from the others.

One significant difference from normal transactions is that blocks on the Bitcoin blockchain, for example, can store nearly 1MB of data -- which means that any given block can actually contain tens or hundreds of thousands of transactions within it.

How does Blockchain work?

The name blockchain comes from the practice that each new block full of transaction data is added to a chain of other existing blocks. However, there are some specific steps that need to take place in order for a block to be added to the blockchain. Four steps to be exact:

First, it starts with a transaction. Once you have made a purchase, your information (along with thousands of others being made nearby or at the same time) will be grouped together into a single block containing all of the data listed in the previous section. Think of it almost as a giant packet of transactions that are grouped and stored together.

Next, the transaction must be verified. Unlike other traditional transactions that might be verified by regulatory agencies or banking software, in the case of blockchain, verification is performed by a network of computers. Similar to an oversight official checking to make sure a transaction actually followed the rules and guidelines of the agreed-upon deal, the network of computers quickly checks that your transaction happened as it was logged. Specifically, they confirm all of the basic details of the purchase, including the info of the different individuals in the transaction, as well as time signatures and other info listed in the section above.

Once your transaction has been checked out and approved by the computer network, it is approved to be stored within a block. Key information like the transaction details and the digital signature are collected and the transaction is stored along with thousands of similar transactions in this new block. 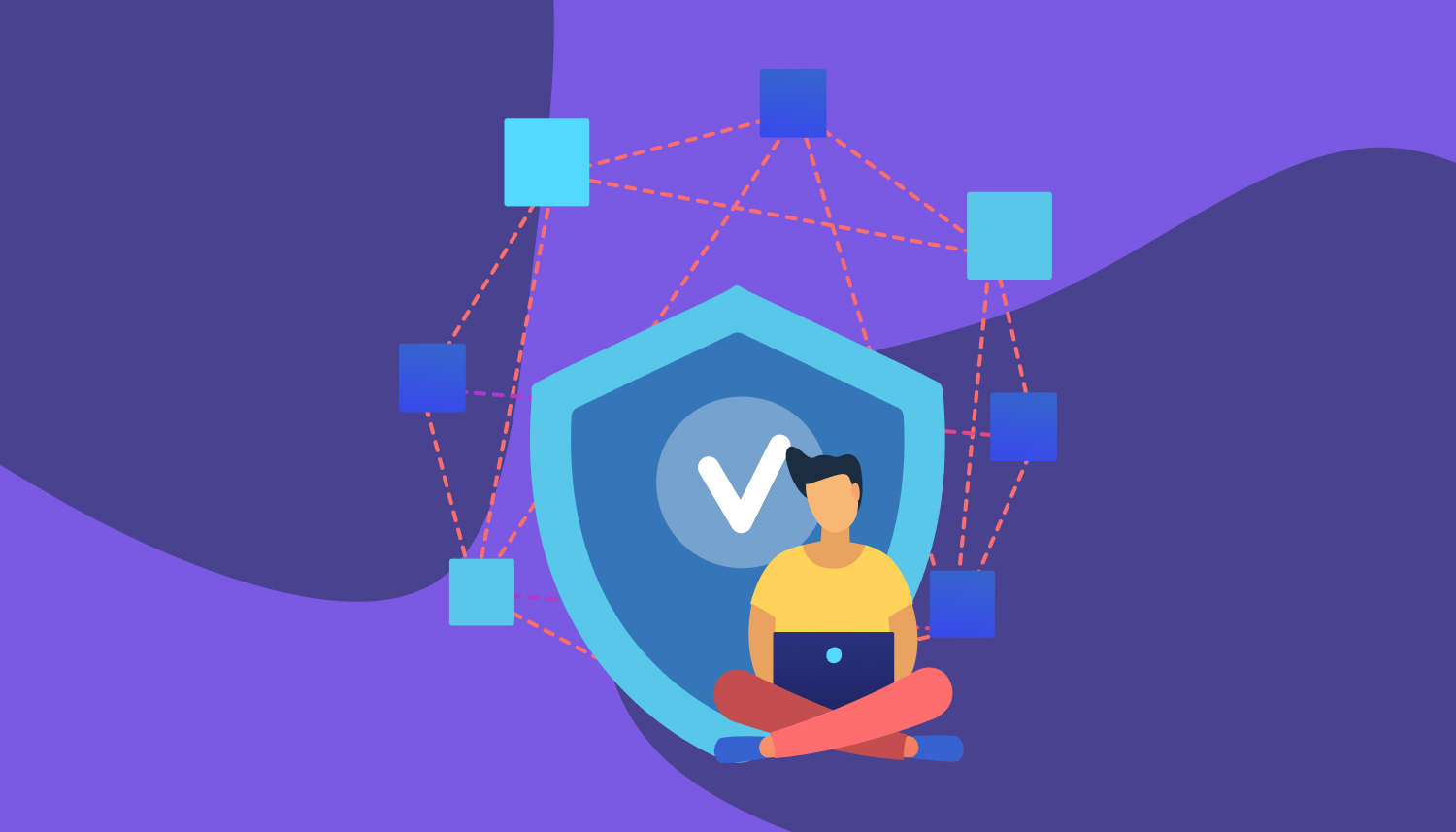 You may be asking yourself about privacy and security, since we just said that anyone can view the blocks once they become part of a blockchain. While this is true, users can also choose to link their computers to a blockchain network in a way that delivers a copy of the blockchain that is updated whenever a new block is added. These computers accessing live-updating copies of the blockchain are known as nodes.

Because of all of these individual copies of the blockchain, manipulating the blockchain is significantly harder, since there isn’t a single centralized account of history to be accessed or manipulated by a hacker. A hacker would actually need to manipulate every single copy of a blockchain in a network in order to rewrite the fundamental information of the chain. This is why blockchain is considered a “distributed” ledger -- the information is held by computers as sort of a “hive mind”.

In terms of privacy, because no identifying information of the users making transactions is available publicly, there is no need to need to worry about your own personal information suddenly being exposed to people around the globe. Instead, your digital signature and only the records of your individual transactions are made public.

Are There Security Issues With Blockchain?

Because of these structural and storage parameters, a hacker attempting to change a single block would also need to change every single block following it on the blockchain. This would require recalculating all of the hashes of those blocks, a process that is far beyond the capabilities of even sophisticated hackers. This means that once a block is added to a blockchain, editing the block is incredibly difficult and deleting it is impossible.

But what about not knowing which computers are being added to the network? Blockchain networks are also designed to address this concern. Blockchain networks have a variety of tests that require users to verify or “prove” themselves before they are allowed to participate in a network. These tests are known as consensus models. One example of a test like this is the Bitcoin blockchain’s use of a “proof of work” test. Because these tests often require computers to solve complex mathematical problems that take significant amounts of processing power (and thus energy and money), these tests weed out untrustworthy computers in advance of allowing them to join the network.

Is Blockchain Only For Financial Transactions

While blockchains have been largely thought of in relation to finance, there are a broad array of uses to which computer programmers apply blockchain technology:

Because medical records are particularly sensitive documents, the ability for blockchains to store records that are impervious to hacking by being encoded with the same technology outlined above is of particular interest, especially during the current public health crisis.

Everything from real estate transactions to transfers of deeds and ownership require utmost privacy. Blockchain technology can offer a safe harbor for these documents.

With the controversy surrounding secure and legitimate voting methods, blockchains also offer a potential path forward for allowing people to cast a vote with verification that cannot be edited or tampered with after the fact.

Being able to track the transactions, origins, and destinations of goods and resources would allow retailers or consumer-facing operators to verify and certify products as being organic or fair trade, for example.