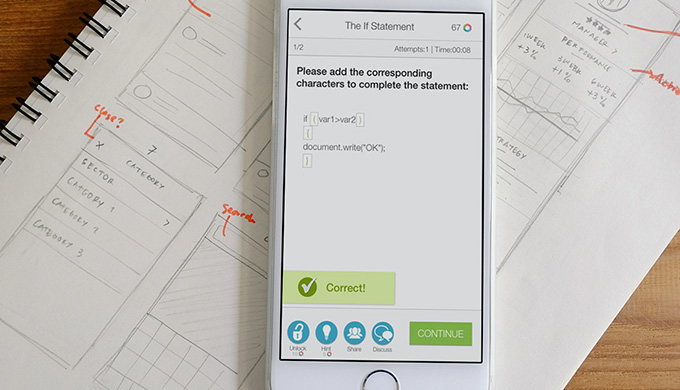 The fastest-growing network of mobile code learners expands to Asia.

SoloLearn, a leading mobile code-learning platform, was recently cited by Silicon Valley’s Business Journal as one of the 10 hottest Bay Area startups with under $10 million in funding, based on Mattermark’s rating. In less than one year, SoloLearn's small team has grown its community of mobile code learners to about 4 million across all major platforms. With word-of-mouth as its major growth channel, SoloLearn has yet to spend any money on marketing.

Being featured in Asia means a great deal to the company. Excited about the prospects, co-founder and CEO Yeva Hyusyan says, “We are still accelerating the growth of our user base worldwide, with 40 percent in the United States. With the crazy growth of mobile in Asia, we are extremely happy that our way of learning is popular here as well. Our community is our main asset, as we believe learning should be free of boundaries where everyone learns, collaborates, competes, and has fun with fellow community members.”

Just introduced in the Learn C++ app, the new Play Mode is a game-changing feature that gives learners the opportunity for real-time practice. Play Mode enables SoloLearners to improve their analytical and code-writing skills within the app, challenge friends, compete with peers, and enhance their reputations within the community.